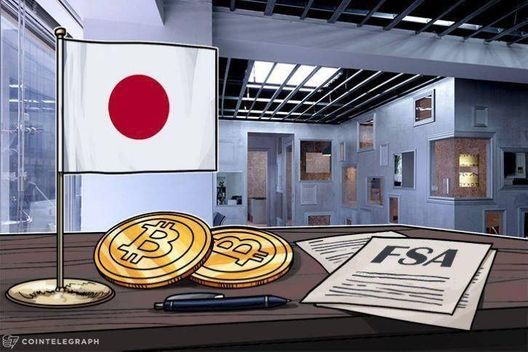 Citing articles of the Supplementary Provisions Act on Financial Settlement, the FSA issued the company an improvement notice, which obliges them to rectify any inconsistencies or shortcomings in their business operations.

The inspection of Everybody’s Bitcoin Co. Ltd. cryptocurrency exchange reportedly revealed that the company has not established an effective internal management control system to ensure proper operation of business.

The exchange has been ordered to prepare statutory books, provide appropriate information to users, and ensure effective system security controls. The FSA also cited inconsistencies in the exchange’s measures for anti-money laundering (AML) and terrorism financing.

In March, the FSA sent ‘punishment notices’ to seven other digital currency exchanges, including Coincheck, and temporarily halted the operation of two more due to a lack of “the proper and required internal control systems.”

Earlier this week, it was reported that Japan is about to get its first self-regulatory body for cryptocurrency exchanges. The country’s sixteen licensed exchange operators took steps to finally launch what will become known as the Japanese Cryptocurrency Exchange Association (JCEA). The group will create best practices and compliance standards, which members will be required to uphold.