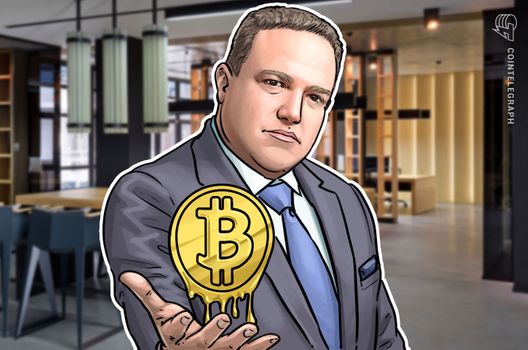 David C. Silver, a founding Partner of Silver Miller, spoke to Cointelegraph (CT) this week about his views on crypto regulation, the law’s role in the crypto sphere, and why he is not just a “Better Call Saul” kind of lawyer.

Who is David Silver?

In their class action lawsuit against Nano, Silver Miller presents themselves as a “strong advocate for aggrieved investors harmed by the misrepresentations and illegal actions of cryptocurrency exchanges and issuers,” but who exactly is David Silver and what is his impetus for taking on the crypto sphere, seemingly one lawsuit at a time?

In terms of his resume, Silver is a financial securities lawyer who worked at Squire Patton Boggs from 2004 to 2010 before founding Silver Miller along with Partner Jason S. Miller. Silver got involved in the crypto world in 2014 when he was in South Beach with a friend who was interested in Bitcoin (BTC):

“Someone who was into Bitcoin at the time took my cell phone, opened up a Coinbase account for me, and gave me 5 Bitcoins to prove a point. And at that time I was like: ‘This guy is going to jail, Bitcoin is a con.’”

He told CT that he still has those five BTC, but has not actually acquired any beyond this one-time gift.

Silver has been filing class action lawsuits in crypto ever since, while constantly keeping up with crypto news, quick to tweet his reaction to all possible crypto-related scams. He even commented on a CT article about the Savedroid fake exit scam, now known to be a PR stunt, with an offer to help along with his new promotional poster:

Let me know if I can help – pic.twitter.com/37p5eUx9We

Despite the outfit in the photo, Silver noted to CT that he is really a “jeans and t-shirt guy”, adding:

Due to the relatively prolific number of lawsuits, Silver acknowledges a negative perception of himself in some parts of the Twitter community, telling CT that “there are a lot of people who have called me an ambulance chaser, a ‘Better Call Saul.’” However, Silver responds to these claims by stating that he “didn’t get into the space for any other reason than [that] someone lost money,” noting:

“I help people to get money back who lost money. Every lawsuit I got filed follows that. My clients’ money is missing.”

The 2014 lawsuit against Cryptsy, according to Silver, was an important case historically, as it was the first time that a crypto investor sued a crypto exchange in the US.

Silver had an interesting view of Paul Vernon and the crypto exchange’s criminal outcome. He told CT that he was “sad” that Vernon – “Big Vern” – turned out to be a “just a regular fraudster who had a nice looking website,” because, according to Silver, his ideas were actually “ahead of his time”:

“If he had only bet on himself, he would be one of the richest people in this country.”

Silver notes that the Cryptsy case was “how I started my wonderful world into accidentally being what Law360 called [me] this morning – and what I sent to my mother – the most prolific lawyer in cryptocurrency in the United States.”

Now, years later after the win against Cryptsy, Silver has become the face of so many crypto class action lawsuits that, as he told Cointelegraph, he has moved from “D-list famous” in the crypto sphere to maybe “C, or C+ to B-.”

The many woes of Coinbase

One of the companies that Silver Miller deals with the most is major crypto exchange and wallet service Coinbase. The law firm has multiple complaints against the company, covering accusations of Bitcoin Cash (BCH) insider trading, undelivered funds, platform breakdowns, and loss of account access, which they are currently investigating.

However, Silver notes that their current Coinbase class action lawsuit is an offshoot of the Cryptsy one, for it alleges that Coinbase was negligent in account monitoring. According to the claim, because of Coinbase’s negligence, Vernon was able to launder the stolen $8.2 mln through his Coinbase account, turn it into fiat, and flee the country.

“I think Brian Armstrong, who's the CEO of Coinbase, is, for all level of appearances, trying to legitimize his company. I say, outside of this lawsuit, I have a lot of respect for what Brian Armstrong is doing. I think we would be best friends and see, we believe the same things in the crypto space. And we would be best friends but for this lawsuit.”

In a win for Silver Miller, a court ruled earlier this week that this Coinbase class action suit will be tried in a public courtroom, rather than in a private arbitration boardroom.

A more recent class action lawsuit filed by Silver Miller is against the developers of altcoin Nano, alleging that they sold unregistered securities as well as negligently misrepresented the reliability of crypto exchange BitGrail – which was hacked of $150 mln in Nano in February. The solution to reimbursing users’ affected by the Nano hack, according to the lawsuit, is a hard fork to return funds.

The question of when to implement a hard fork in the case of lost or stolen crypto funds is a touchy subject in the crypto community. Some say the time to use it is never, like the Ethereum Classic (ETC) crowd that rejected the hard fork that broke off as ETH, forcing the DAO hackers’ stolen funds back into the proper accounts.

Silver does not look at the hard fork question from the same stance as early crypto adopters and their penchant for maintaining the integrity of the Blockchain, no matter the cost. In his opinion, since the Nano developers are the ones who benefit by “not forking the code,” they are morally in the wrong:

“We live in United States of America, the greatest country on Earth as far as I’m concerned. I don’t want to live anywhere else. And when you live here and you receive the benefits of living here, you have to play by the rules of the place.”

So, according to Silver, if the Nano developers “have the ability to fix that – [they’re] going to fix it now.”

When asked for comment on the Nano class action suit, Peter Scoolidge, the attorney representing the Nano responded:

"We think that the case has no merit and we look forward to addressing it in court."

In response to CT’s email for comment, Kraken at first told CT that they were “not aware of any pending class action lawsuit.”

After the Cointelegraph reporter sent a link to Silver Miller’s webpage entitled “Kraken Class Action,” Kraken CEO Jesse Powell told CT that “a cease and desist will be sent to Silver Miller,” adding:

“Thank you for drawing this to our attention. There are no open class action lawsuits against Kraken […] There will always be lawyers engaged in barratry, and there will always be traders unwilling to be accountable for their own decisions.”

More rules, or just some clarity?

When asked about the future of crypto’s relationship to the law, Silver stressed that “regulation and innovation need to go hand-in-hand” to avoid a brain drain. In this sense, Silver does not necessarily believe that there should be more rules or regulations he says, but instead “more clarity.”

He added that said clarity should come from the federal level in a unified manner, instead of the current system of different rules and definitions being handed down from the US Securities and Exchange Commission (SEC), FinCEN, the Commodity Futures Trading Commission (CFTC), the Department of Justice (DOJ), and the Internal Revenue Service (IRS).

In the years leading up to last fall’s boom of interest in crypto, Silver says that he used to be heckled at every conference he spoke at, but that now, “rather than being booed off the stage and being told that everything was a utility token, I was wrong, that I was killing innovation, and that I was this horrible person,” people are actually listening.

Silver attributes both the higher price of Bitcoin along with his firm’s lawsuits as the direct causes of the recent heightened government scrutiny of the crypto sphere. While he acknowledges that some may think that’s his “ego speaking more than the facts,” he states that he would “disagree with that”, declaring:

“If I had never filed the lawsuits, none of this would have ever happened.

I mean, all the government actions are basically saying David Silver, Silver Miller, and their lawsuits were right, and all these people who thought they were smarter and anarchists that we're going to get away with fraud and selling money, and doing unregistered sales of securities, they were doing something wrong.”

In a follow up email to CT, Silver described how he feels about the government and other lawyers’ change in their position on crypto – “vindicated.”

The future of crypto – more lawsuits

In terms of the future of the crypto space, Silver calls himself “a believer in blockchain technology” and mentions the Winklevoss twins and their idea that Bitcoin could replace gold as an asset class. Silver then noted that he is “not smart enough to tell you use-cases for cryptocurrencies.”

In regards to his personal role in the future of crypto, Silver says he enjoys the public speaking that no longer gets him booed off stage. He said his role in the crypto sphere, and the multitude of his current crypto class action lawsuits, is to continue to hold crypto companies accountable for all actions in this relatively new and unknown non-traditional financial space:

“There’s nothing wrong with me poking damage, showing them love by holding them accountable.”

When asked if Silver Miller will keep up the steady stream of crypto-related class action lawsuits going forward, the answer is “yes”, with the addition that Silver is “not trying to chase companies who do it right”:

“I haven’t sued Gemini, I haven’t sued Coinbase for platform issues. You know, just because someone does get sued for one thing, doesn't mean they're not the legitimate company and that Brian Armstrong and I can't be best friends.”