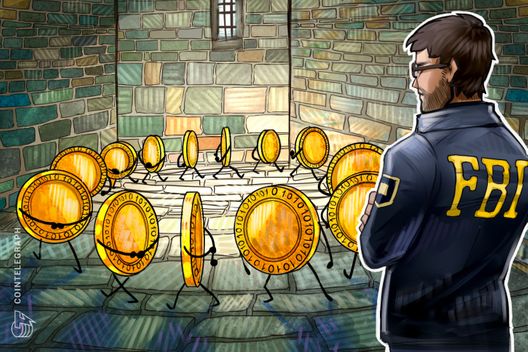 Seizure of Crypto, what governments and police do with arrested Bitcoins.

From their early days, cryptocurrencies have been associated by many with black markets and illicit activities. Bitcoin’s feature of allowing direct payments to be made from one party to another without the involvement of financial institutions, has been also utilized as a way to avoid institutional controls and settle illegal transactions.

On the other hand, given that there are almost 28.5 mln Bitcoin wallets that hold more than 0.001 BTC and many users own several wallets – with some inactive – the magnitude of this phenomenon is considerably reduced.

International authorities did not try to underestimate the issue. Europol recently recognized that “three to four bln pounds of criminal money in Europe is being laundered through cryptocurrencies”.

“Proceeds from criminal activity are being converted into Bitcoins, split into smaller amounts and given to people who are seemingly not associated with the criminals but who are acting as ‘money mules’. These money mules then convert the Bitcoins back into hard cash before returning it to the criminals”.

In this complicated scenario, international prosecutors reacted by performing some important police operations. One of the most widely known operations was carried out in Oct. 2013 with the closure of Silk Road.

Silk Road was a website that operated as an online black market for selling illegal drugs, and used Bitcoin for settling the deals between site users. After two years of investigation, the US Federal Bureau of Investigation (FBI) arrested the founder and seized over 170,000 Bitcoins, which, at that time, accounted for about 1.5 percent of all the Bitcoins in circulation.

The closure of Silk Road was not the only activity carried out by international authorities to fight against illicit markets around cryptocurrencies. In Nov. 2014, the police of Hesse, Germany, together with Europol and the FBI, operated against illegal online shops Hydra and Silk Road 2.0, which were also engaged in the sale of drugs.

According to law enforcers, these shops were used by approximately 150,000 people, who each month used to buy drugs worth millions of euros using Bitcoins. This operation resulted in the seizure of of 126 Bitcoin from the owners of the websites.

But maybe the most impressive operation rolled out by international authorities has been done on May 19, 2017 by the Bulgarian police with the support of the Southeast European Law Enforcement Center (SELEC). The joint forces stopped an organized criminal group that was recruiting corrupt customs officers in many European countries, with the purpose to infiltrate a virus in the customs’ computerized systems and avoid the payment of taxes.

The offenders choose the Bitcoin as a way of investing the money resulted by their activities, considering them rather difficult to be tracked. As a result of the police investigation, an impressive number of 213,519 Bitcoin has been seized.

The seizing of cryptocurrencies has been increasingly the result of international investigations, with examples of this measure taken in many countries including the US, Germany, Bulgaria and UK. National authorities have started thinking about what to do with the seized coins. The US was one the first countries to approach the issue and started organizing auctions selling the appropriated cryptocurrencies.

The United States Marshals Service (USMS), a federal law enforcement agency within the U.S. Department of Justice, auctioned different lots of Bitcoins catched by different state authorities. One of the most recent sale has been held on Jan. 11, 2018 where the USMS auctioned a total of 3,813 Bitcoin in three different lots respectively of A) 2,500; B) 500; C) 813.

Given the value of the Bitcoin at approximately 11,500 USD the closing day of the auction (Jan. 19), the result granted an amount of around $44 mln in revenue to the state. Similarly, in Germany, the authority of the state of Hesse hope to gain millions from the sale of the 126 seized Bitcoins.

However today it’s not clear whether or not the authorities really possess these coins. The head of Bulgarian Special Prosecutor’s Office, Ivan Geshev, recently said that the Prosecutor’s Office and the Interior Ministry had not seized Bitcoins.

The fight against the misuse of funds for financing black markets and illicit activities has to tie up more its activities towards the use of crypto currencies. Given the extreme rapidity through which cryptocurrencies can be moved between wallets, states, and continents, a stronger collaboration between international authorities would also be necessary to conduct special operations.

Seizing and then auctioning cryptocurrencies, in case of a confirmed illicit use, could be both a strong deterrent for criminal users and, in some instances, a good source of income for state revenues.

Uniformity between the various international authorities on the approach regarding the auctioning procedures could be a desirable development, in order to guarantee a fair and transparent process around the redistribution of the cryptocurrency assets. A rigorous process of identification could also guarantee that the participants are not connected to any illicit activities, and to avoid the process to start over again.