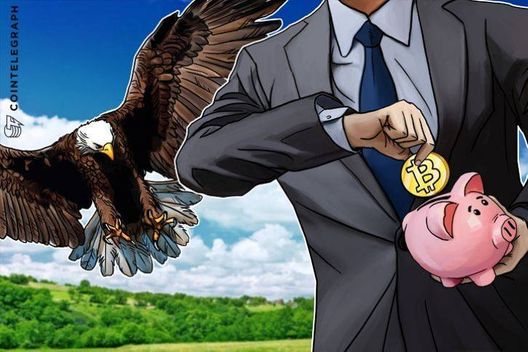 CFTC chairman says there won’t be comprehensive legislation toward Bitcoin and other cryptocurrencies at a federal level any time soon.

In an interview on Monday, Giancarlo pointed out that the statutes by which the CFTC is operating were written in 1935. He said that embracing a modern innovation like Bitcoin within terms invented decades ago will take time:

“The statutes we are operating, you know, were written… in 1935 … And it’s often hard to look at those statutes and find out where something as new and innovative as Bitcoin and many other cryptocurrencies, where do they fall into a regulatory regime which was written decades ago… we see elements of commodities that are subject to our regulation, but depending on which regulatory regime you are looking at, it has different aspects of all of that.”

He noted that two major US exchanges, CBOE and CME, are successfully operating Bitcoin futures contracts. Giancarlo said that the complicated nature of Bitcoin itself makes it difficult to regulate:

“…Bitcoin and a lot of other virtual currency counterparts really have elements of all of the different asset classes whether a medium of payment, whether a long-term asset, and so as regulators we’ve come to grips with this just now in real time and it’s complicated. And I don’t see it being resolved any time soon.”

Giancarlo stressed that the main role of a regulator is to watch that everyone on the market acts according with the laws set by Congress. He said that one might see “in this Congress or in a future Congress, an attempt to deal with this new innovation.” When asked whether he believed Congress was capable of resolving the regulatory dissonance in the crypto sphere, he answered:

“…There’s certainly an appetite among a number of Congressmen and [Congresswomen] and Senators that I’ve spoken to, to approach this with some new eyes, some new thinking and so I think there’s a growing chorus on Capitol Hill for some re-thinking here.”