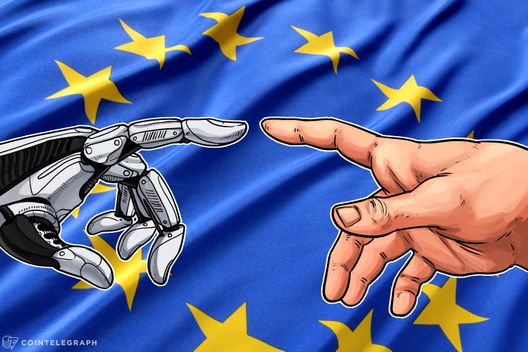 The European Commission has included blockchain to the basic tools and technologies that will be used in its upcoming framework to prevent disinformation online.

The European Commission (EC) has recently named blockchain technology to be part of its framework to combat the spread of false information online, TechCrunch reports Monday, April 30.

The EC has identified blockchain as a critical part of what it will call the Code of Practice on Disinformation, which it intends to introduce by summer 2018.

According to a recently published press release by the EC, blockchain technology is one of “emerging technologies which are changing the way information is produced and disseminated, and have the potential to play a central role in tackling disinformation over the longer term.”

The EC says blockchain applications can help provide provide transparency, reliability, and traceability of news on the Internet. The Commission added that distributed ledger technology (DLT) can be combined with other identification processes:

“Innovative technologies, such as blockchain, can help preserve the integrity of content, validate the reliability of information and/or its sources, enable transparency and traceability, and promote trust in news displayed on the Internet. This could be combined with the use of trustworthy electronic identification, authentication and verified pseudonyms…”

The recent press release follows a report published in March by the EC High-Level Expert Group (HLEG) that calls for more transparency from online platforms to fight the spread of false information online. The commission’s next step is to develop the EU-wide Code of Practice on Disinformation that is set to be published by July 2018.

Blockchain development will also be included in the research activities of the European Union’s research funding body Horizon 2020 Work Programme, which is considered “the biggest EU research and innovation funding programme ever.”

On April 11, the EC announced the signing of a Declaration to create a European Blockchain Partnership made of up 22 countries. EC Vice-President Andrus Ansip had previously urged the EU to take action in blockchain development in an effort to make Europe a world leader in digital innovation.