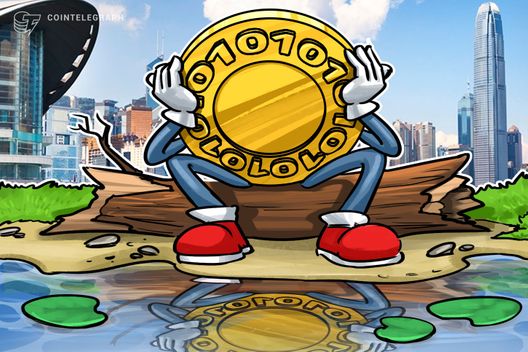 The Hong Kong Financial Services and Treasury has reported that crypto does not pose a particular threat in money laundering and financial terrorism.

The Hong Kong Financial Services and Treasury (FSTB) released a report yesterday, April 30, on the status of money laundering (ML) and terrorism financing (TF). The report concluded that virtual currencies (VC), like Bitcoin (BTC), are not particularly involved in either type of financial crime.

The FSTB notes that “although there is inherent ML/TF vulnerability related to VCs”:

“There does not seem to be any visible impact affecting the overall risk in Hong Kong so far. The risk of VCs is assessed as medium-low.”

The report does mention the use of cryptocurrencies in Ponzi schemes and cybercrimes – specifically mentioning the WannaCry attack – citing 167 Bitcoin (BTC) related police reports from 2013-2017.

The Money Laundering and Terrorist Financing Risk Assessment Report also mentions that the FSTB, Hong Kong financial regulators, and law enforcement agencies are working together to look into risks associated with Initial Coin Offerings (ICO) and cryptocurrencies in general as well:

“While we have not found substantial risks in these newly developing payment methods or commodities, this is a rapidly developing area requiring continued monitoring.”

According to the report, cryptocurrencies are not considered legal tender in Hong Kong. The FTSB suggests that because Hong Kong “is one of the world’s freest economies with a vibrant foreign currency exchange market and no capital controls […] VCs are therefore not as attractive as in economies where people may try to circumvent currency controls or seek refuge from a high inflation rate”:

“The exchange of Bitcoin in person is not popular […] Domestically, the use of Bitcoin remains at a negligible level.”

The report writes that the Bitcoin ATMs in Hong Kong are also “not popularly used by people in Hong Kong.”

As a comparison, in Venezuela – a country whose economy is currently experiencing hyperinflation – many citizens have begun to rely on Bitcoin as a more stable store of value as compared to their national currency.

In February of this year, Hong Kong’s Securities and Futures Commission (SFC) warned potential crypto investors that they would keep “policing” cryptocurrency and ICO markets. In mid-March, the SFC halted an ICO in Hong Kong and made the company return the money raised, on the grounds that it was an unregistered investment scheme. More recently, in mid-April, the SFC said that the type of fundraising done through ICOs is better suited to venture capital funds.