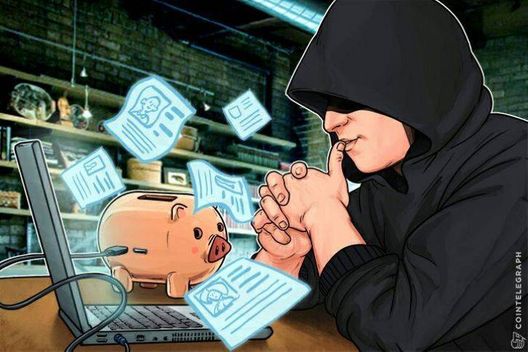 The Vertcoin Twitter account was hacked and promoted a fake giveaway of 10 BTC, asking users to send 0.005 BTC to enter the sweepstakes.

The official Twitter account of Vertcoin, a peer-to-peer digital currency and software project, was compromised earlier today in an attempt to carry out a Bitcoin (BTC) scam.

On May 1, the Vertcoin Twitter account posted an announcement of a cryptocurrency giveaway in celebration of Vertcoin’s success. The tweet promised to transfer 10 BTC to the winner, which would be announced on May 3. To enter the giveaway, the fraudsters asked users to send 0.005 BTC to an address they cited in the post:

Hey, everyone! Vertcoin and staff are pleased to announce that we’re doing a 10 BTC giveaway to our followers to celebrate Vertcoin's success. Send 0.005 to 3HU5sj7kB6wT9zRwpbhCRrR28vKWjfkMKf enter! Winner will be announced 5/3/18 at 8pm EST.

Almost immediately after the scam-tweet was posted, James Lovejoy, Vertcoin’s Lead Developer, warned followers that the Vertcoin account was compromised, adding that all giveaways are fake.

The @Vertcoin twitter account has been compromised. We have contacted @TwitterSupport. DO NOT accept any giveaways, they are all fake.

This type of hack is a common crypto-scam on Twitter, where hackers impersonate accounts and offer giveaways that are too good to be true. Often the posts are accompanied by comments from dozens of people who “successfully” received their portion of the giveaway. This particular scam is notable due to the fact that hackers managed to execute it from a legitimate account.

Hackers have made multiple attempts to impersonate major players in the cryptocurrency industry and exploit their reputations in giveaway scams. In April, scammers impersonated the verified Twitter account of the CEO of Telegram, Pavel Durov, in order to promote a fake giveaway. In January, fraudsters impersonated Charlie Lee by using account names that were similar to that of the real creator of Litecoin.