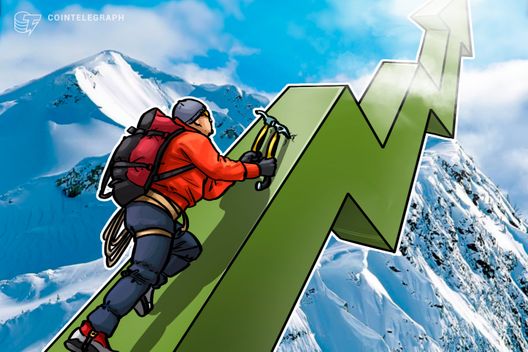 Crypto markets are consolidating a rally to levels not seen since early March, with BTC brushing $10k and total market cap at $470 bln.

Saturday, May 5 : All eyes are on the markets this week as they consolidate a rally to levels not seen since early March, with Ethereum (ETH) and Bitcoin (BTC) leading the way, as data from Coin360 shows. 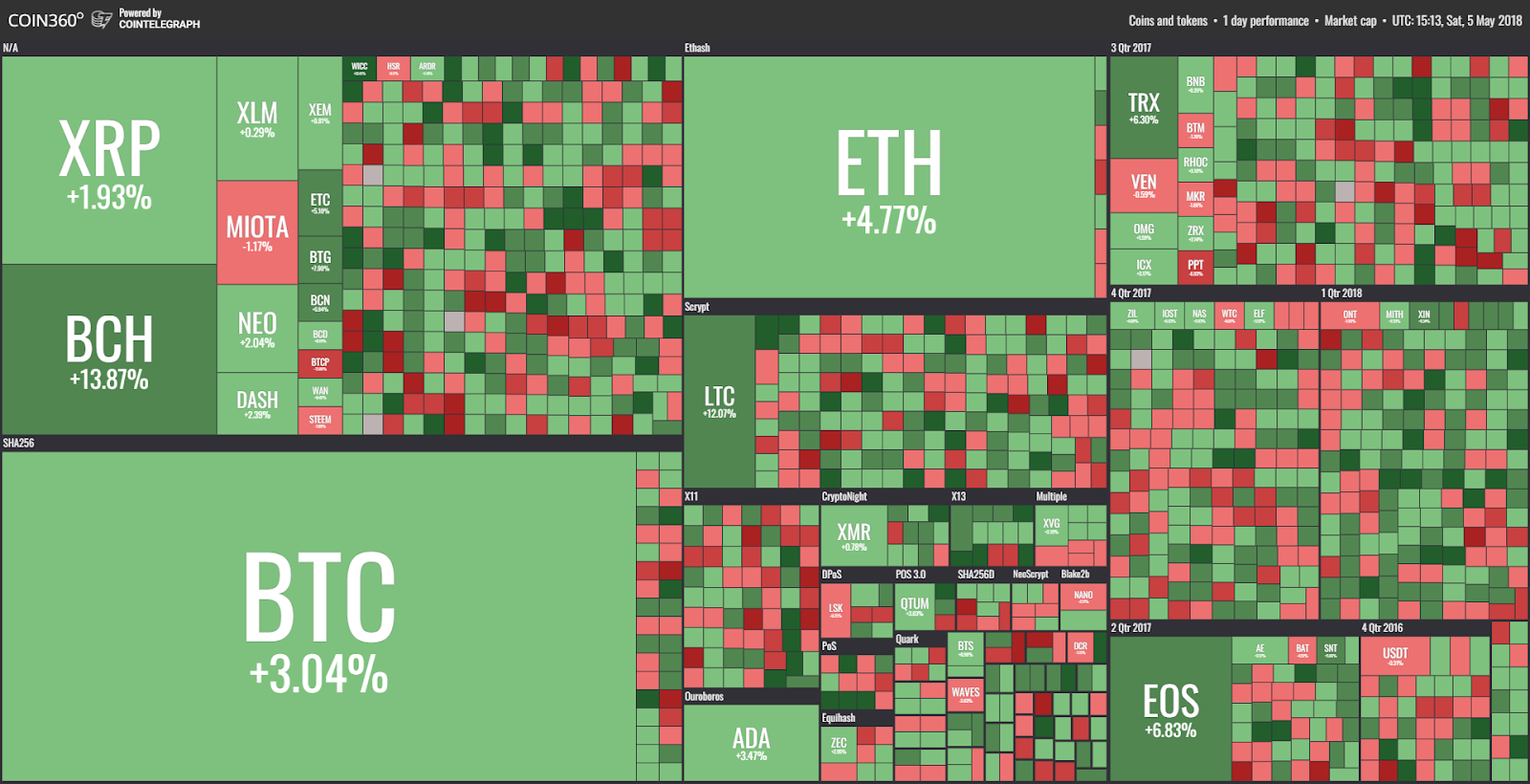 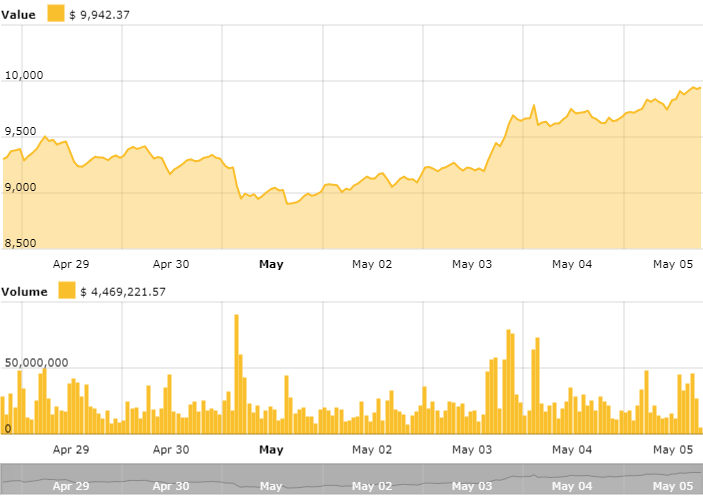 Crypto commenter Joseph Young has pointed out that looking beyond the global markets’ average, BTC has in fact already broken through $10,000 on Asian markets:

Ethereum (ETH) continues its impressive rally, trading at $823 to press time. The altcoin’s monthly gains have surpassed an astonishing 115 percent. For now at least, the positive response to news of forthcoming scalability improvements for ETH’s platform appears to be eclipsing the impending SEC enquiry into a possible security classification for ETH this coming Monday, May 7. Total Market Cap is edging closer to half a trillion, now at $470 bln, according to data from Coinmarketcap. A market of this size can no longer be ignored by major institutional players, as Blockchain Capital partner Sencer Bogart remarked Friday on CNBC.

Investment banking giant Goldman Sachs in fact preempted its Wall St competitors earlier this week, with its sudden announcement that it will offer clients Bitcoin trading products, beginning with futures, “within weeks.” The bank claimed it had been “inundated” with client interest.

Among the other top ten coins by market cap, Bitcoin Cash (BCH) has seen a hefty 13 percent uptick over the twenty four hour period, up over ten percent against BTC. This notwithstanding the recent furore which saw BTC supporters threaten, and subsequently drop, a lawsuit against BCH-proponent Roger Ver’s site bitcoin.com for allegedly misleading buyers by purposefully blurring the distinction between the two coins. BTC dominance is now at 36 percent, as per Coinmarketcap. If BTC does indeed reclaim $10,000 globally today, the overall market picture is somewhat different to when it first hit the mark in November 2017: back then, total market cap was at $300 bln, with BTC dominance at 52 percent. The market is 55 percent larger today.