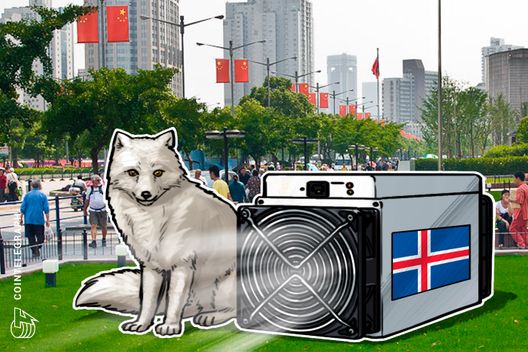 Icelandic police have sent an enquiry to China after a count of confiscated mining hardware in Tianjin exactly matched the missing machines stolen in Iceland earlier this year.

The missing machines from an unsolved Bitcoin (BTC) mining hardware theft in Iceland earlier this year may be in China, Icelandic media outlet RUV reported May 5. Icelandic police are reported to have now issued an enquiry to Chinese authorities, after news broke in late April that 600 devices used to mine BTC had been seized in the northern city of Tianjin.

The number of confiscated machines exactly matches that of the missing hardware that was stolen in three burglaries at data centers in Iceland last December and January. Icelandic police were soon able to identify and arrest two suspects in February. One of them now faces an international arrest warrant, after he escaped from an Icelandic prison and fled to Sweden in mid April.

The missing equipment has to date not been found. Its total worth is estimated at 200 million krónur, equal to almost $2 mln. Icelandic police have been monitoring energy consumption locally for abnormal increases without success.

In Tianjin, it was precisely a pattern of highly irregular electricity usage that is reported to have attracted the attention of a local grid operator, leading to the authorities’ confiscation of the suspect mining hardware.

Chinese police have not yet responded to the Icelandic enquiry, according to RUV.

With its cold climate and widespread access to renewable energy, Iceland is a hot spot for crypto mining. Local industry sources have predicted a doubling of the country’s crypto mining energy consumption this year, more electricity than the Iceland’s 340,000 residents will consume for personal use.

The latter has long been a stalwart crypto mining superpower. In 2017, allegedly 50 to 70 percent of BTC mining took place in China. This January, however, news broke of plans to toughen regional regulatory oversight and potentially restrict the power use of miners in future.