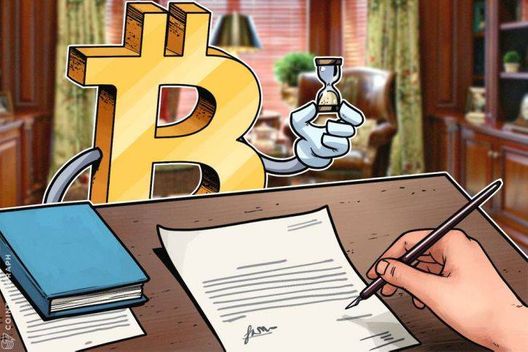 Texas securities regulators have issued a cease-and-desist order to a Bitcoin investment company which allegedly sold unregistered securities and made fraudulent statements.

The Texas State Security Board (TSSB) issued a cease-and-desist order May 8 to a Bitcoin investment company that reportedly offers unregistered securities and makes deceiving statements that mislead investors.

An official notice was issued to Forex EA & Bitcoin Investment LLC, represented by two individuals, James Butcher and Richard Dunn. The TSSB, according to the order, alleges that the company is involved in “fraud in connection with the offer of investments in the forex and Bitcoin trading program” and “materially misleading and deceptive practices.” The order says:

The order alleges that Forex EA & Bitcoin Investment LLC promoted different Bitcoin investments programs guaranteeing “100% profits in 21 days” with no risk involved. In addition, the regulator claims that the company failed to disclose crucial information about its background and the risks of Bitcoin investment:

“Respondents are representing investments in the Forex and Bitcoin trading program will provide lucrative profits while failing to disclose risks associated therewith, which is materially misleading or otherwise likely to deceive the public because there are risks associated with the Forex and Bitcoin trading program, and these risks relate to trading in cryptocurrencies…”

Recently, The Colorado Department of Regulatory Agencies (DORA) announced its investigation of two companies for promoting unlawful Initial Coin Offerings (ICOs) to Colorado residents. DORA representatives reported that both companies did not provide any information on the risks of investing in crypto or ICOs on their websites.