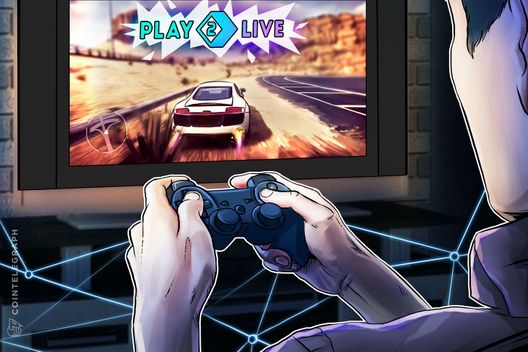 A streaming company says its new blockchain will let viewers, streamers, and eSports tournament organizers participate in monetization schemes. Spectators can create their own content and earn rewards.

Play2Live, a streaming platform for gamers and eSports fans, announced that it is developing its own blockchain infrastructure called Level Up Chain, as the startup team reported to Cointelegraph. Founded in 2017, Play2Live aims to merge blockchain technology with streaming services. The company plans to launch the Level Up Chain Testnet in July 2018.

According to the company’s press release, creation of the new blockchain will let any participant – including viewers, streamers, eSports tournament organizers – benefit from monetization schemes. “Everybody can be part of the peer-to-peer interaction, and everybody,  even the viewer, is able to earn money,” the press release states.

This means that spectators can not only watch the stream, but also create their own content and earn rewards, according to the project’s white paper. In particular, users are able to benefit from advertising, betting, sharing their internet channel via the P2P model, voting, and other kinds of contribution on the platform. Streamers can also instantly withdraw and spend money they earned without filling out multiple application forms.

The key advantage of Level Up Chain is the ability to potentially provide unlimited bandwidth to users, the press release states. The main network will be able to process up to 500 transactions per second. Due to the wide functionality of the Play2Live platform, transactions corresponding to different services will be allocated in different functional blocks of the network.

The new blockchain will work with the use of sub chains, explains the press release. Thanks to that the entire Level Up Chain infrastructure will be able to provide 100,000 TPS or more and will carry out transactions almost instantly, even during periods of enormous strain like live broadcasts and eSports tournaments. The cost of transactions within Level Up Chain will be minimal, and the team at Play2Live estimates that the fees will be maintained at $0.01 per transaction.

"Working on Bitshares, we have faced complex scaling and risks of ‘bottleneck’ as the functionality of the platform expanded, and the amount of transactions increased. The peak power of Bitshares is not enough to cover all the activities of Play2Live. That is why we are realizing product architecture that will allow us to scale the project without putting it to risk of depending on the capacity of the third-party blockchain", commented Vladislav Arbatov, CTO at Play2Live.

In addition, Level Up Chain will use consensus protocol to reduce the cost of transactions within the network via special certificates. A consensus algorithm could solve the problems of processing power, giving each node an equal chance of being selected for a transaction confirmation process.

"Play2Live offers numerous tools for users. Each of them will be provided by our own reliable Level Up Chain blockchain. This will allow us to scale the platform and realize a huge number of opportunities unprecedented for the eSports market!" says Alexey Burdyko, CEO and founder at Play2Live.

The platform plans to attract more than five million users by the first quarter of 2019. Play2Live aims to achieve this goal by working with content providers as well as collaborating with the world’s leading streamers and eSports tournament organizers.

The first major tournaments on the platform will soon be announced. As Cointelegraph reported earlier, in February 2018 Play2Live successfully hosted and broadcasted the world’s first eSport tournament with the main prize –  2 mln LUC (Level Up Coin) tokens, equivalent to $100,000. The tournament was broadcasted in 16 languages and gained 950K views, driving more than 120K unique users.