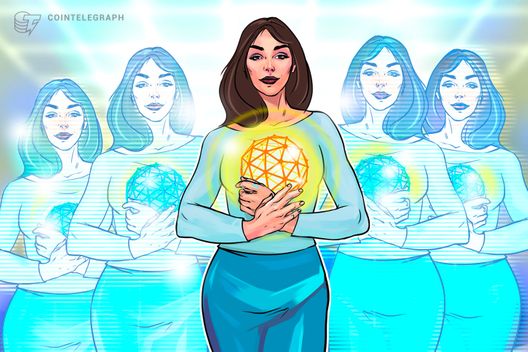 There is a gender gap in the blockchain, cryptocurrency, and tech industries. Why are there so many more men than women in crypto, and what can women do to get more invested and involved?

Disclaimer: The views and opinions expressed here are those of the author and do not necessarily reflect the views of Cointelegraph.com.

The percentage of women invested and involved in cryptocurrency is far lower than that of men. This could be confirmed by numerous surveys and research studies. Moreover, incidents like the North American Bitcoin Conference, where only 3 of the 88 speakers were women and the conference after party was held at a strip club, show a disparity trend present in the industry.

So what exactly do the participation statistics reveal, and what could women do to get more involved in the emerging blockchain and cryptocurrency industries?

According to Coin.dance, as of May 2018, 94.73 percent of Bitcoin community engagement and active participation comes from men and 5.27 percent from women.

In Oct. 2017, a survey conducted by Reddit user loveYouEth, found that 96 percent of Ether users are men, and MyEtherWallet reported that 84 percent of their wallet holders were male.

The discrepancy between the amount of men and women involved in cryptocurrency could possibly be explained by a study titled “Risk and Reward Are Processed Differently in Decisions Made Under Stress”. The study found that “stress amplifies gender differences in strategies during risky decisions, with males taking more risk and females less risk under stress”. This could be a reason why there are fewer women than men involved in Blockchain and cryptocurrency. Careers in banking and finance sometimes involve making risky decisions in situations that can induce stress.

In an article regarding risk taking, leadership consultant Doug Sundheim noted that women put more emphasis on the negative consequences of risk than men do:

“When facing a risky decision, leaders must weigh a lot of factors. Two of the biggest are, first, the likelihood that the risk in question will help hit strategic objectives and, second, the effect the risk will have on people involved…In my consulting practice I’ve noticed a tendency for men to put a stronger emphasis on the former and women on the latter.”

It is possible that the volatile nature of cryptocurrencies and differing levels of risk adversity biologically assigned to men and women is why the disparity exists in blockchain and cryptocurrency investment and involvement.

Phu Styles, founder of the Women in Blockchain Foundation told Cointelegraph about another possible reason there are more men than women involved in blockchain and cryptocurrency:

“As with most things tech related, men are the target demographic for crypto, thus due to a lack of exposure, there are fewer women invested/involved in cryptocurrency.”

However, this trend could change as the blockchain and cryptocurrency industries are looking to create work opportunities in a number of fields.

The Commodities Future Trading Commission's Primer on Virtual Currencies reports that blockchain technologies have uses in financial institutions, government organizations, and cross industry applications such as digital identities and smart contracts. Applying blockchain technology to these fields could create a number of work opportunities.

How to get women involved: from wallet to research

At a recent event “Women in Crypto”, Kelsey Cole, co-founder of blockchain digital advertising company Adbank, suggested that to become involved in the cryptocurrency industry, women should take the following three simple steps:

Phu Styles also shared with Cointelegraph her vision of possible measures to involve more women to the industry:

“Every crypto investment fund should also be actively seeking to invest in female led blockchain companies, governments grants should be given to incentivize women to start blockchain projects, and on a personal level, both men and women who are already involved in blockchain should share their knowledge and mentor women who are new to the space.”

Allie Mullen, head of global marketing at the women-focused technology platform Mogul told Cointelegraph that for more women to get involved and invested in blockchain and cryptocurrencies it is important to increase awareness and education.

“I think it's about creating more awareness and educating the industry. Once you understand the general concepts and realize that, even though it’s complex, it's less complicated than it appears. I wrongly assumed that it was a complicated industry meant for software engineers and those in finance. But after learning more, I realized there is actually a lot of opportunity and potential for everyone to get involved.”

The comments from Styles and Mullen suggest that if women are interested in getting invested and involved in the blockchain and cryptocurrency industries, building a knowledge base in both industries is beneficial. Becoming more acquainted and expert could make women well rounded when it comes to blockchain and cryptocurrency, and could put them in a position that leads to job opportunities.

For the blockchain and cryptocurrency industry to really advance and be the best it could possible be, the women and their ideas could be of great value. The more perspectives and angles can be provided by all sorts of people, races, backgrounds, and ethnicities, the better a development in the space would turn out. That is why we need to have more women sitting at the table and contributing to – and also starting – the blockchain and crypto conversations.