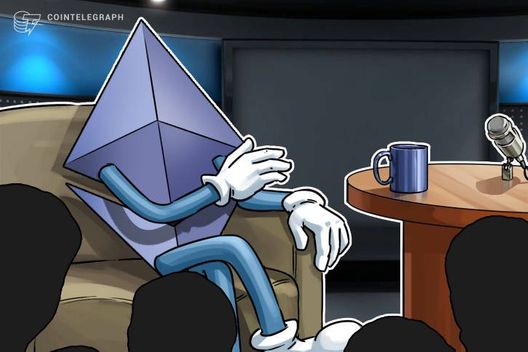 Steve Wozniak said that in the future, Ethereum may become as influential as Apple.

At the WeAreDevelopers tech conference in Vienna, Steve “Woz” Wozniak compared Ethereum’s platform with Apple and said it could become just as influential, Forbes reported May 18.

While delivering his speech at the conference, Wozniak was enthusiastic about Ethereum (ETH), describing it as a platform similar to Apple’s. He said that in the long-term Ethereum can become just as influential as Apple is. He added:

“Ethereum interests me because it can do things and because it's a platform.”

According to Forbes, Wozniak happened upon Bitcoin and Ethereum in its early days, although he divested from crypto in early 2018. Wozniak said he still owns one Bitcoin (BTC) and two Ethereum (ETH) to “experiment with paying for different things.”

On Thursday, in his opening speech at the conference, Wozniak called blockchain “the next major IT revolution that is about to happen.” He said that both blockchain and cryptocurrencies will achieve their full potential in a decade. In October of last year, Wozniak said at the Money 20/20 conference in Las Vegas that Bitcoin is better than gold or the US dollar.

After Apple, Wozniak has remained part of the the tech world, founding the coding academy Woz University that has 31 coding centers across the US.