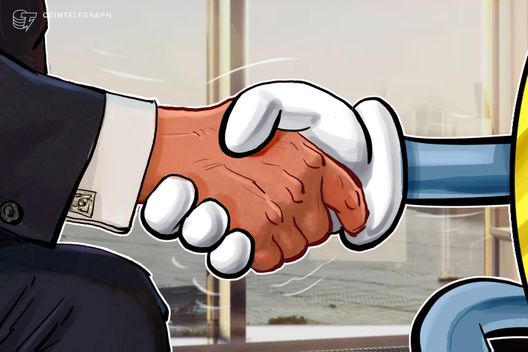 Coinbase reportedly met with U.S. federal regulators to discuss the possibility of getting a federal banking charter, the WSJ reports.

Major U.S. cryptocurrency exchange and wallet Coinbase spoke to regulators about obtaining a federal banking charter, according to a report by the Wall Street Journal (WSJ) May 18.

Citing “a person familiar with the matter”, the WSJ reports that Coinbase spoke to the U.S. Office of the Comptroller of the Currency (OCC) at the beginning of 2018 both about a bank charter and about their business model.

A spokesperson for Coinbase declined to comment on the meeting to the WSJ, but added that the company is “committed to working closely with state and federal regulators to ensure we are properly licensed for the products and services we offer.” The OCC and Coinbase have not responded to Cointelegraph’s request for comment by press time.

At the beginning of April, the WSJ reported that Coinbase was also looking into registering as a licensed brokerage firm and electronic-trading venue with the US Securities and Exchange Commission (SEC). Earlier this week, Coinbase had announced plans to launch a new suite of products targeting institutional investors like hedge funds.

As the WSJ points out, a federal banking license would allow Coinbase to offer its own custody and payment services using an OCC limited-purpose charter, also helping the company attract more institutional customers. It would also allow Coinbase to deal with only one federal regulator, as opposed to a multitude of state ones, as well as offer users federally insured bank accounts.

However, the OCC’s Joseph Otting said at a banking association meeting in April that most fintech firms that come in with the intention of obtaining a banking charter to avoid state regulations do not follow through:

“When they come and they speak to us, and they understand what it really takes to be a bank, they kind of glaze over and often leave skid marks leaving the building.”

The U.S. government has recently begun looking more into regulations for cryptocurrencies, with the SEC launching a probe into crypto businesses in the beginning of March. In mid-March, the Subcommittee on Capital Markets, Securities, and Investment held a hearing on cryptocurrencies and Initial Coin Offerings (ICOs), with Coinbase’s Chief Legal and Risk Officer Mike Lempres as one of the four industry witnesses.

During the hearing Lempres referred to the current US regulatory system for cryptocurrencies as “harming healthy innovation”, due to a lack of clarity.