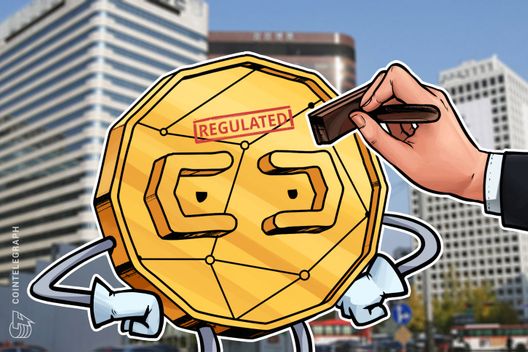 South Korean lawmakers should not treat blockchain and cryptocurrency differently for regulatory purposes, a local blockchain researcher has said.

A South Korean blockchain researcher has criticized the government’s approach to regulation of the technology at the 2018 Seoul Financial Forum, local media reported May 29.

One, he argued, cannot exist meaningfully without the other:

“In the digital asset trading market, virtual currency and blockchains can not be separated because they need the appropriate means of payment.”

"I sympathize with the words of Park Chan-hee, and I will pass on his suggestions to the financial authorities."

The high-level advocacy of a more level landscape for both aspects of cryptographic technology marks a further step in the increasing backlash against blockchain hype.

Within the cryptocurrency industry, in April, educator and speaker Andreas Antonopoulos had warned against the concept of a blockchain without the benefits of decentralized cryptocurrency networks, calling it “a very slow database.”

Across the border, Chinese authorities meanwhile are planning to release ratings for blockchain projects, having already done so for 26 cryptocurrencies earlier this month.

At the same time, government researchers have suggested blockchain projects are broadly unsuccessful, lasting an average of just 15 months.

Korea’s breakneck regulatory push, which began in earnest in Q3 2017, has so far seen taxation requirements placed on cryptocurrency exchanges, along with a ban on anonymous trading and ICOs, which lawmakers now officially propose to lift.