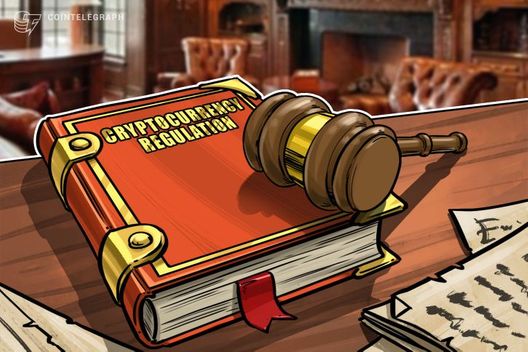 An ex-chair of the SEC has been employed to represent Ripple in a class action lawsuit for the alleged sale of unregistered securities.

Fintech company Ripple Labs has employed Debevoise & Plimpton’s Mary Jo White and  Andrew Ceresney to represent them in a class action lawsuit for the alleged sale of unregistered securities, Law.com reported June 4. Mary Jo White previously held the position of chair at the US Securities and Exchange Commission (SEC).

The court paper for Ripple (XRP) reveals that the attorneys will represent the company in a lawsuit filed by investor Ryan Coffey last month. Coffey claims that he lost $551.89 trading Ripple’s XRP tokens, alleging that the digital currency should have been registered as a security with the SEC. He alleges that Ripple profited from increases in the cryptocurrency’s price at the expense of investors as Ripple maintains a “centralized XRP” ledger.

The plaintiff is looking to rescind over $300 mln in XRP purchases and set up a trust over the proceeds of Ripple’s alleged sales of digital currency.

The filings also state that the case has been moved from California state court to a federal court in the Northern District of California. Ripple’s lawyers say that the suit should be handled in federal court rather than in the San Francisco Superior Court, where the complaint was initially filed.

Ripple’s spokeswoman said that at the moment the lawsuit was filed, the SEC had not yet decided whether XRP is a security. “We continue to believe XRP should not be classified as a security,” she claimed in response to the complaint, adding:

“We feel confident that the claims regarding XRP are completely unfounded both in law and fact.”

Taylor-Copeland, the plaintiff’s lawyer said that moving the case to federal court was “entirely improper” and that he intends to return it to the state judiciary system. He commented on the case:

“Whether or not their XRP token is a security is an existential threat to their entire business model.”

In April, former Goldman Sachs partner and government regulator Gary Gensler said that Ethereum (ETH) and Ripple should likely be considered unregistered securities. Gensler noted that he does not classify Bitcoin as a security because it was not issued through an Initial Coin Offering and has a decentralized network of developers. In regards to ETH and XRP, he said that “there is a strong case for both of them — but particularly Ripple — that they are noncompliant securities.”