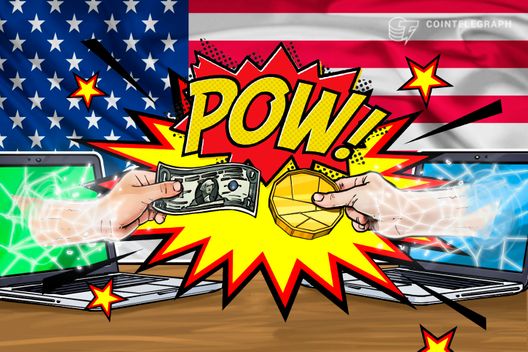 Huobi, the world’s third largest crypto exchange, has launched a new marketplace in the US via a “strategic partnership” with a new US-based company, ‘HBUS.’

The platform comes via a newly created San Francisco-based company called HBUS, which, as stressed in a Medium post earlier this week:

“…is not an “arm,” “subsidiary,” “division,” or any type of “affiliate” of Huobi. Nor is HBUS to be referenced as “Huobi US” or any variant thereof. HBUS is the “exclusive US strategic partner of Huobi.”

HBUS’ Medium post, dated June 5, indicates a ‘soft launch’ – pre-registration – date of June 10, offering all users who sign up between June 10 and June 14 a month of trading without fees.

Official trading is set to launch June 15, although HBUS’ website suggests that “overwhelming demand” may postpone the launch, and appeals to the public to sign up for a newsletter and its Telegram channel to be notified when registration opens.

The US context places high demands on crypto exchanges to come under the purview of regulators, and an HBUS post this week has duly stressed that all its employees have been “educated” in Anti-Money-Laundering (AML) and Counter-Terrorism Financing (KYC), and have been “required to pass tests” on the subjects.

As it vies with leading rival crypto exchanges Binance and OKEx, Huobi has been actively diversifying its investment products and services, announcing the launch of its new public blockchain just two days ago.

Earlier this month, Huobi launched a crypto-based exchange traded fund (ETF), a type of mutual fund that divides ownership of underlying digital assets into shares. The ETF is based on its recently launched market index, which tracks the exchange’s 10 top-traded digital assets against Tether (USDT).

On June 2nd, Huobi entered into a partnership to launch a $93 mln China-South Korea investment fund for blockchain startups, aiming to foster collaboration between the two countries.