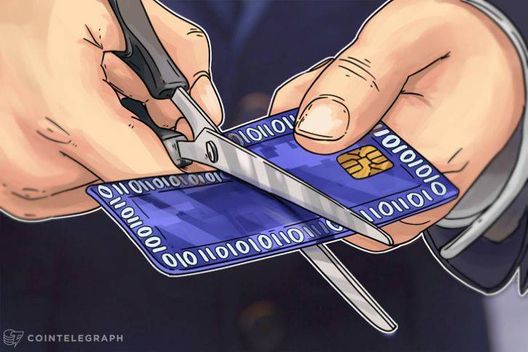 San-Francisco-based bank Wells Fargo has announced that it will no longer allow its customers to purchase cryptocurrency using its credit cards, Fortune reported June 11.

Wells Fargo, which is the third largest bank by assets in the US, said that its customers are now prohibited from purchasing digital currency on their credit cards issued by the financial institution. A bank spokesperson said that the decision was made in order to avoid “multiple risks” associated with cryptocurrency usage:

“Customers can no longer use their Wells Fargo credit cards to purchase cryptocurrency. We’re doing this in order to be consistent across the Wells Fargo enterprise due to the multiple risks associated with this volatile investment. This decision is in line with the overall industry.”

However, the spokesperson added that the bank “will continue to evaluate the issue as the market evolves.”

With this move, Wells Fargo joins a wave of financial institutions banning the purchase of cryptocurrency with their credit cards. In February, three banking giants J.P. Morgan Chase, Bank of America, and Citigroup announced they would no longer permit credit card purchases of cryptocurrency. Later that month, J.P. Morgan Chase said that financial institutions can “face the risk that payment processing and other services could be disrupted by technologies, such as cryptocurrencies.”

The list of banks which bar customers from buying crypto with their credit cards has been growing globally. In Canada, the Toronto-Dominion Bank (TD), one of the largest banks in North America, announced in an email statement to customers that it is banning the purchase of cryptocurrency with credit cards. The bank said the measures were taken “in order to serve and protect our customers, as well as the bank.”

India’s HDFC Bank, the country’s largest private bank, informed clients that its debit and credit cards cannot be used to purchase cryptocurrency in order to protect customers. Restrictive measures were also supported by the largest UK bank, Lloyds Banking Group, and Virgin Money, which is present in Australia, South Africa and the UK.