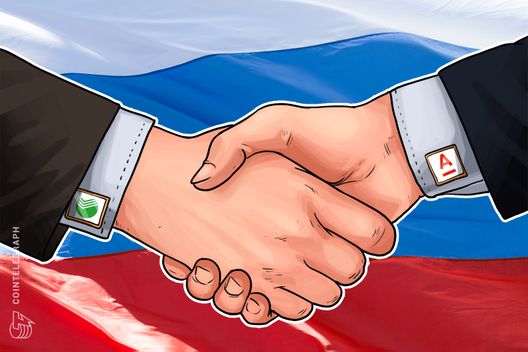 As part of the Russian central bank’s ‘regulatory sandbox,’ Sberbank and Alfa-Bank opted to begin experimenting with products based on so-called “digital financial assets” at a meeting last Wednesday, according to the publication.

Those assets will in fact take the form of six cryptocurrencies – including Bitcoin, Bitcoin Cash, Ethereum and Litecoin – which will form an investment portfolio.

“We want to offer our clients a completely transparent entry point for digital assets, fully in compliance with regulatory requirements and which allows investment within Russia in a product that interests them.”

The new investment product will reportedly allow the client to withdraw to fiat at will, with crypto assets being under the control of partner Group IB through bespoke “custody solutions.”

“The client in actual fact receives a share of the fund,” Alexey Prokofiev of AddCapital, another partner in the scheme, summarized.

Russia’s slow and at times unpredictable official stance on cryptocurrency has led banks to remain hawkish on integration of related technologies beyond blockchain experimentation until this year. In late January, Sberbank announced that it was opening a crypto exchange option for institutional investors via its Swiss branch.

“I don’t buy cryptocurrency anymore, and I wouldn’t recommend doing so to anyone who does not like playing at a casino.”

The lender is nonetheless also pressing ahead with the country’s first official ICO as part of the sandbox.