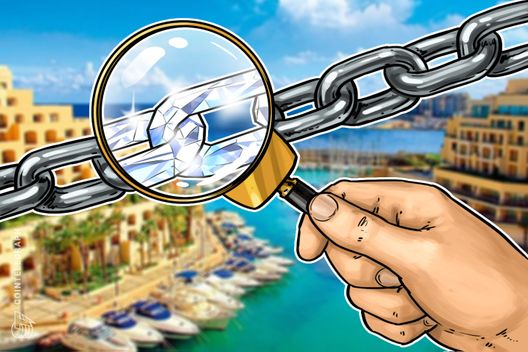 The newly appointed chairman of the Malta Bankers Association believes that blockchain is a foundational technology.

Marcel Cassar, the newly appointed chairperson of the Malta Bankers Association, said that blockchain tech sounds like a “banker’s dream.” Cassar also claimed that cryptocurrencies are “here to stay,” according to a June 17 interview with local news outlet The Malta Independent.

Cassar begins the interview by noting that the banking industry has to keep up with the fast-changing digital world, making the comparison of the present environment to “rush-hour gridlock trapping a Formula 1 car.” This slowdown, in his opinion, means that although blockchain sounds like a “banker’s dream” and a “total game-changer,” due to its authentic and reliable transaction records, it won’t be able to implemented widely right away:

“Going by our experience of technological innovation, a blockchain revolution of business and government could still be years away because many barriers would need to fall in the meantime.”

However, Cassar does underline that blockchain is not a disruptive technology, but instead a foundational technology that can “create new platforms for our economic and social infrastructure.”

“But what it means for banks is that their traditional role as main payment intermediary for funds and currency transmission will become challenged, if not obsolete.”

Even though Cassar notes that cryptocurrencies are risky due to their connection to money laundering and their volatility, he still thinks they are “here to stay,” adding that once regulation improves, “some may reap first mover advantages.”

Malta has been referred to as a “blockchain island” due to their welcoming of several large crypto exchanges to the country, including Binance, OKEx, and BitBay. Binance announced in an exclusive to Cointelegraph at the beginning of June that they had set up a bank account in Malta, bringing it a step closer to offering fiat-crypto deposits and withdrawals on its platform.

Cassar commented on the introduction of the crypto exchanges to Malta, acknowledging that “this is an area of unknown and unprecedented compliance risk for our banks:”

“We need to be sure of what enhanced risk management and compliance capabilities the banks are putting in place because there are also other important linkages that need to be protected, among others our correspondent banking networks which still see these technologies as new and susceptible to risk of criminal abuse.”

A Cointelegraph Expert Take last week also explored Malta’s role in the crypto sphere in regards to the European Union’s TAX3 investigation, concluding that Malta will remain a crypto “trail blazer” due to its favorable crypto tax laws and three new crypto-related bills adopted in April.