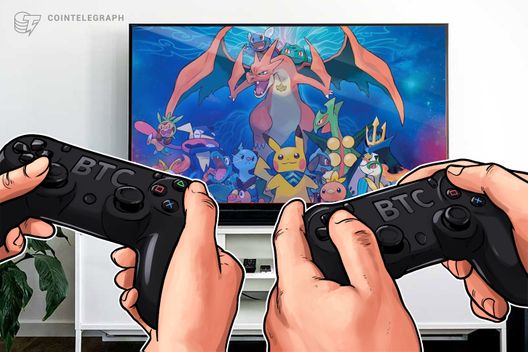 Lightning Network is a second-layer solution to Bitcoin’s scalability limitations, opening payment channels between users that keep the majority of transactions off-chain, turning to the underlying blockchain only to record the net results.

Almeida’s Poketoshi uses LN together with the live streaming video platform Twitch, which allows users to interact with the game via an online chat room – as in the existing ‘Twitch Plays Pokémon’ series.

Poketoshi implements a Lightning Network-enabled virtual controller for users to enter their gaming commands, charging them 10 Satoshi per command, one Satoshi being equal to a one hundred millionth of a single bitcoin.

Payments are made through OpenNode, a Lightning-enabled Bitcoin (BTC) payment processor. The game is therefore a playful way of testing the Lightning protocol’s ambition to facilitate off-chain instant BTC payments at high volume.

As The Next Web notes, several Poketoshi users are already making wry allusions to the notorious rivalry between Bitcoin Cash (BCH) and LN advocates, with the former arguing that the BCH hard fork is a better answer to Bitcoin’s scalability issue than the LN second-layer solution.

In February this year, Laszlo Hanyecz, the man who completed the world’s first documented BTC transaction for a physical item in 2010 by paying 10,000 BTC for two pizzas, repeated his historic purchase with Lightning Network – with the caveat that he had to get his friend in London to “subcontract” out the pizza delivery to a local pizza place in order to pay using LN, given that “pizza/bitcoin atomic swap software” was as yet unavailable.