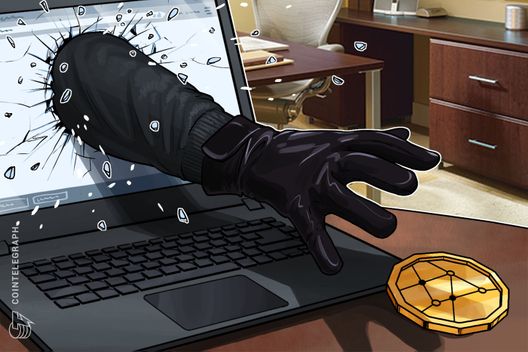 The South Korean Ministry of Science and Technology has launched an investigation into the theft of $30 mln from the crypto exchange Bithumb.

The South Korean Ministry of Science and Technology (MIC) has launched an investigation into the theft of $30 mln from the world’s sixth largest crypto exchange Bithumb, Yonhap News reports Wednesday, June 20.

Bithumb, which is the leading crypto exchange in South Korea, temporarily suspended all deposits and payments on the exchange as soon as it had detected the theft.

According to Yonhap, the Ministry has said that as soon as it reported the Bithumb hack, the Korea Internet & Security Agency (KISA) joined an urgent investigation into the case. The Ministry now plans to analyze the causes of the theft in cooperation with the police and other agencies.

MIC says it has been investigating the security levels of 21 crypto exchanges between January and March of this year, and has confirmed that most of them have security vulnerabilities.

These weaknesses include insufficient network isolation, an absence of monitoring systems for abnormal or suspicious activities, and inadequate cryptographic key and password security management. In 12 exchanges, the MIC found the complete absence of a security system.

In a separate incident earlier this month, hackers stole around $37 mln from another South Korean crypto exchange Coinrail, which ranked 99th largest globally by trade volumes at the time of the theft. According to Yonhap, the MIC has said that the improvement measures recommended to Coinrail have not been properly implemented during the investigation, and that it now plans to monitor Bithumb’s own response.

In addition, the MIC has said that as of the end of this month, it plans to closely follow those 21 exchanges it has been monitoring for security weaknesses, and ensure they improve their practices by September.

According to representatives from the Korean fraud detection project Sentinel Protocol, Bithumb’s hot wallet was hacked on the night of June 19.

Prior to the hack, Bithumb had moved a large amount of Ethereum to cold wallet storage after noticing abnormal access on its servers, also announcing an abrupt server check June 16 “in order to maximize security settings.”

As Cointelegraph reported, the exchange has said it will compensate users affected by the hack:

“We checked that some of cryptocurrencies valued about $30,000,000 was stolen. Those stolen cryptocurrencies will be covered from Bithumb and all of assets are being transferring to cold wallet.”