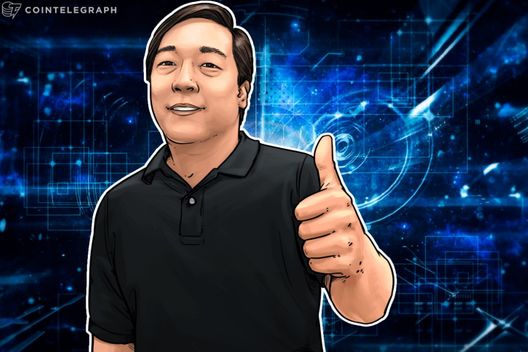 “If the exchange does not protect the coins well enough and gets hacked, it doesn’t really change the fundamentals of the coin they are protecting.”

Considering the recent hack, Lee claimed that crypto exchanges right now are exploring and learning the ways to better protect customers’ funds. As per Lee, the process is improving, but still “there is a lot to improve.”

Lee also stressed a “paradigm shift for personal finances with Bitcoin,” meaning that people have to get used to protecting their coins, “much better than traditional finances.”

According to Lee, despite the drop by 60-70 percent over the past year, Bitcoin is still “going really well,” claiming that its network has become much stronger over the past few years. Lee says that the current price of Bitcoin seems to be “disjointed from the actual development of Bitcoin,” and suggests that the price will rebound and “come back up fairly soon.”

In the interview, Lee also suggested that the market is currently in a bear position, but it is hard to say how long will last — three to four years, or one day:

On June 19, South Korea's leading crypto exchange Bithumb was hacked, leading to the loss of $30 million worth of cryptocurrency. The exchange had to temporarily suspend all deposits and payments. According to Coinmarketcap, Bithumb’s 24-hour trade volume has dropped to around $236 million from $374 million reported June 19, moving the exchange from the sixth to the seventh largest crypto exchange by trade volume.