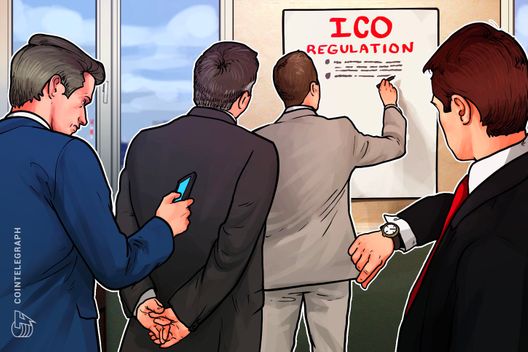 When asked about cryptocurrency regulation, Davidson argued that the “big thing” the market needs is a “light touch regulatory framework” which, according to the congressman, would provide more certainty.

Davidson stressed the necessity of defining the status of cryptocurrencies, pointing out the recent announcement of the U.S. Securities and Exchange Commission (SEC) that the top altcoin Ethereum (ETH) will be considered a commodity rather than a security. He added that the government still “[has not] put together” a coherent regulatory framework, claiming that there’s still “arbitrage going on.”

“You don’t really know when somebody does an ICO, whether they are really launching this great distributed ledger product that is going to be a security or if it looks a little different, like [Ethereum] and [Bitcoin] determined to be essentially commodities.”

Davidson stated that a lightweight regulatory framework could provide more clarity to investors without encumbering projects with undue regulations. He said that a clear regulatory framework would save companies from the bureaucratic difficulties of navigating myriad different court decisions at varying levels.

The congressman further explained that the lack of regulatory certainty made the ICO market risky and potentially unsafe, as fraudulent ICO projects could take advantage of investors. He advocated for the proper application of  know your customer (KYC) and anti-money laundering provisions to “make sure we protect ourselves.”

When asked why crypto is the “currency of choice” for people engaged in illicit activities, Davidson responded:

“I’m not sure that it would be considered the currency of choice, but it is easy to transmit through time and space, and its distributed, you don’t need a central clearing house… but if you look at how cases like Mt. Gox have been solved, there are ways to trace who is the beneficial owner…”

Davidson said that crypto asset flows are “more trackable than cash,” and “certainly more open than hawala network, and both those things are still legal.”

Yesterday, Nasdaq CEO Adena Friedman claimed that ICOs pose “serious risks” for retail investors and highlighted that the ICO processes have “almost no oversight.” from the SEC in comparison with initial public offerings (IPOs).