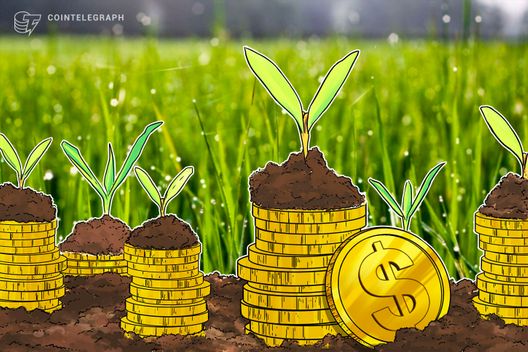 tZERO, a security token exchange and subsidiary of Overstock.com, has signed a letter of intent with investment company GSR Capital for the purchase of $160 million in tZERO Security Tokens, according to a press release published June 29.

Beijing-based GSR Capital will reportedly purchase $160 million worth of tZero security tokens at a price of $10.00 per token, pursuant to the Simple Agreement for Future Equity (SAFE). tZERO’s Security Token Offering (STO) has been prolonged until August 6, 2018, in order to accommodate investment from GSR Capital.

tZERO has also “entered into executed SAFEs in excess of $168 million for Security Tokens, of which over $95 million has been already funded,” the announcement says. According to the press release, almost 1,000 people from 30 countries participated in the token sale. Patrick  Byrne, Overstock.com Founder and CEO, and Executive Chairman of tZERO, commented on the deal:

“Years ago we saw the world-shaking potential of blockchain, and since then we have been methodical in building tZERO into a company that will bring great efficiency and transparency to capital markets domestically and abroad.”

Security tokens are somewhat a bridge between the traditional finance sector and blockchain, while backed by real assets like shares, commodities, or an equity. tZERO initially introduced the prototype of its security token trading platform in the beginning of April. The developers reportedly aim to introduce a means of trading security tokens “in an easy, compliant, and user-friendly manner” with features such as risk management software, an order management system, a matching engine, and others.

In March, after tZERO’s initial coin offering (ICO) fell under scrutiny from the U.S. Securities and Exchange Commission’s (SEC), Overstock’s shares dropped. The SEC filing then reported that the ICO, which had been launched in December 2017, raised $100.6 million from 1,100 investors, and that $250 million is the maximum amount of tokens to be issued. Prior to that, Overstock had filed for its ICO to be classified under Regulations D and S instead of as a traditional securities filing. This means that U.S. citizens must be accredited investors to have invested in the ICO, and that offshore transactions must not involve U.S. citizens.