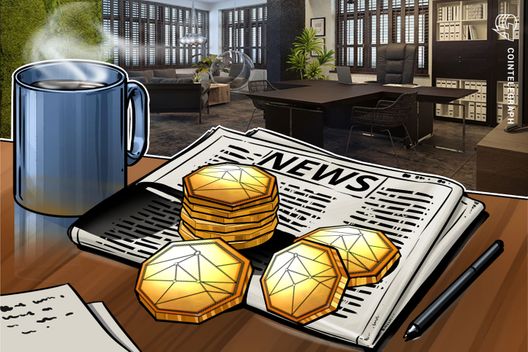 The Bank of Finland released a paper on June 21 titled “The Great Illusion of Cryptocurrencies,” explaining why they think the concept of a digital currency is a “fallacy.”

The paper, written by Aleksi Grym, Adviser on Digitalization and Head of the Digital Central Bank process in the Financial Stability and Statistics Department. It aims to explain how cryptocurrencies’ fundamental nature “shows how poorly understood the concept of money itself still is today” and how the Internet and social media have “muddled our sense of fact and fiction.”

In Grym’s words, cryptocurrencies are not real currencies but instead “accounting systems for non-existent assets.” He makes the argument that digital ledger technologies, like blockchain, are actually the same as other record keeping systems, but that their implementation for crypto is “unrelated to the fundamental characteristics of money:”

“For all intents and purposes, that ledger is a centralised ledger. The fact that there are multiple synchronised copies of it, distributed across a network, is irrelevant, as each one has the same data.”

The article cites several studies on Bitcoin (BTC) and cryptocurrencies with relatively negative views on crypto as either a speculative instrument or a bubble whose “fundamental value is zero.” Grym also discredits the idea of a central bank issued digital currency, noting that it would “practically mean bank accounts at the central bank.”

Grym then asks the question, “again, what is money?” noting that the definition has changed over time, but that money is normally described as functioning as a unit of exchange and having a store of value and a unit of account. The article notes that money, presumingly referring to crypto, is not created “out of thin air,” but comes from liquidity transformation.

According to the article, the main impetus for buying cryptocurrencies are either for criminal activities, creating a sense of community, security against “real or imagined” state oppression, and the thrill of trading. Grym then compares buying Bitcoin to the “intangible value” for some customers that buy “toys, fashion, art, club memberships, or firearms.”

Last week, Cointelegraph published an overview of all of the “FUD” (Fear, Uncertainty, Doubt) in the crypto sphere since Bitcoin’s inception, detailing the many comparisons to the Dutch “tulip mania” as well as the multiple Bitcoin “deaths” reported in the media.