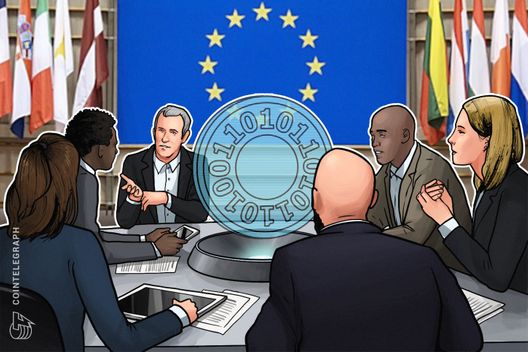 The European Parliament has told lawmakers not to “ban” or “ignore” cryptocurrencies in a new report released this week, forecasting they “will remains with us for a while.”

The report, ‘Virtual currencies and central banks monetary policy: challenges ahead’ commissioned by the Economic and Monetary Affairs Committee, contains a wealth of supportive statements on virtual currencies (‘VCs’).

Its publication diversifies the broad EU standpoint on the technology, which continues to include legal projects to monitor residents’ usage and clamp down on anonymity.

“Thanks to their technological properties, their global transaction networks are relatively safe, transparent, and fast,” the report’s abstract reads, describing VCs as “a contemporary form of private money.”

“This gives them good prospects for further development. However, they remain unlikely to challenge the dominant position of sovereign currencies and central banks, especially those in major currency areas. As with other innovations, virtual currencies pose a challenge to financial regulators, in particular because of their anonymity and trans-border character.”

As mainstream media and legacy finance figures continue to call the ‘death’ of Bitcoin in particular under current price conditions, the European Parliament’s perspective appears remarkable.

In addition to staking its belief in their longevity, the report takes aim at naysayers, directly accusing them of being “mistaken” if they think cryptocurrency technology is an inherently illegal apparatus.

Specific reference is made to findings by economist Robert Shiller, who has become infamous in recent years for his bearish stance on Bitcoin.

“The economists who attempt to dismiss the justifications for and importance of VCs, considering them as the inventions of ‘quacks and cranks’ (Skidelsky, 2018), a new incarnation of monetary utopia or mania (Shiller, 2018), fraud, or simply as a convenient instrument for money laundering, are mistaken,” the authors add.

“VCs respond to real market demand and, most likely, will remain with us for a while.”