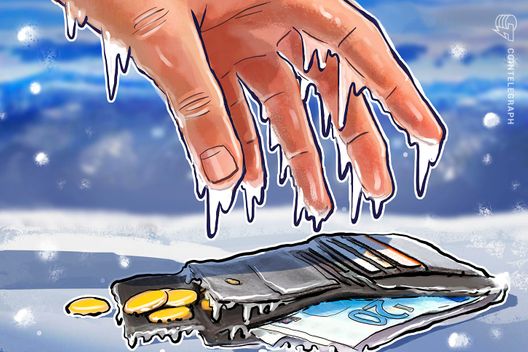 Zebpay has opted to halt Indian rupee operations for users as India enacts a ban on providing banking services to cryptocurrency businesses.

One of India’s largest exchanges Zebpay announced it was freezing Indian rupee deposits and withdrawals July 4, a day before a controversial bank ban on cryptocurrency businesses comes into effect.

In a warning statement, Zebpay said current events were “beyond its control,” having previously warned users that rupee deposits and withdrawals “could” stop if the ruling from the Reserve Bank of India (RBI) went ahead.

“INR deposits and withdrawals have been paused in the Zebpay app until banks allow us again,” an update to the original warning reads.

The decision means the July 5 deadline still holds, while the Supreme Court confirmed it will hear a petition against the ban July 20.

Since the plan was formally issued April 6, some businesses have sought alternative means of providing fiat support, fellow exchange WazirX revealing it would transform into a P2P platform so that no in-house conversion between crypto and fiat would be necessary.

“If banking is something the exchanges are not allowed to do, then the solution is something that direct banking doesn’t come in,” CEO Nischal Shetty told local news outlet Economic Times.

Zebpay had previously struck a confident tone in the face of the ongoing uncertainty surrounding cryptocurrency in India.

During an interview with Cointelegraph in February, co-founder Sandeep Goenka said he “welcomed” government proposals to crack down on illegal activity, calling for a joint effort to stabilize the local economy.

“We encourage the government to work with our members, as we are committed to detect, report, and eliminate suspicious transactions in pretty much the same way as other institutions do,” he commented.