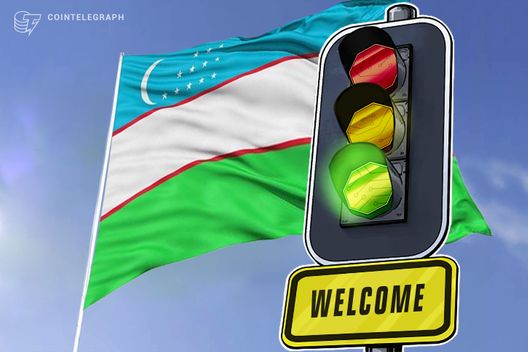 The Uzbek president has signed a decree on the development and integration of blockchain into governmental agencies in order to modernize the state administration system.

The President of Uzbekistan has signed a decree on the development and integration of blockchain technology, cryptoassets, and crypto mining with the goal of modernizing the state administration system and advancing digital economics in the country. President Shavkat Mirziyoyev signed a decree “On measures for digital economics development in the Republic of Uzbekistan” on July 3.

The document describes blockchain, artificial intelligence (AI), supercomputers, and crypto-related activities as key development trends of digital economics globally. The decree calls for the creation of conditions to introduce “digital economics” in Uzbekistan.

According to the decree, the Government Office for Project Management and Ministry for Development of Information Technologies and Communications are designated to design and implement a program on blockchain development from 2018-2020.

Starting January 1, 2021, blockchain reportedly will be integrated into the operation of governmental agencies for the purposes of verifying identifying information, in systems of corporate management, and in clearing transactions. Entities that wish to do business in the field of cryptoassets, including the operation of crypto exchanges, will have to acquire special licenses. The decree references a limited tax regime on cryptoassets:

“The turnover of cryptoassets is regulated by special regulatory legal acts. Operations related to this turnover are not subject to be taxed, while the revenues received are not included to the tax base.”

In February, Uzbekistan announced it will publish its plans to regulate blockchain and cryptocurrency in September 2018, while a “Blockchain skill center” will begin operating in July. The center will reportedly “[formulate] conditions for the use of blockchain’s potential, increasing professional ability and supporting native developers in its uptake.”