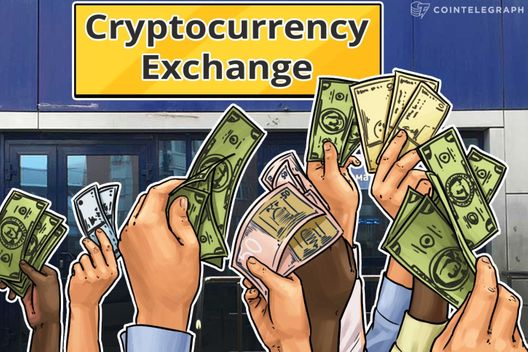 An Amsterdam-based trading company has moved into crypto markets, despite warnings of a local regulator not to buy and sell digital currency.

Amsterdam-based speed trader Flow Traders NV has entered the cryptocurrency market despite the warnings of the Dutch Authority for the Financial Markets (AFM) not to buy and sell digital currencies, Bloomberg reported July 5.

Europe’s largest trader of exchange-traded funds Flow Traders NV is reportedly the first firm to buy and sell exchange-traded notes based on Bitcoin (BTC) and Ethereum (ETH). According to Bloomberg, such publicly traded notes could broaden the appeal of crypto by making it easier and cheaper to invest. Co-Chief Executive Officer of Flow Traders NV Dennis Dijkstra said that cryptocurrencies are underestimated, adding:

“It’s big, and it is to be regulated very soon. The market participants are much more professional than people think. Institutional investors are interested — we know they are because we get requests.”

The AFM did not share Flow Traders NV’s enthusiasm, but while the AFM can make recommendations and public warnings, there is little they can do to prohibit any company from trading regulated securities on a regulated exchange. Nienke Torensma, a spokeswoman for the AFM, is quoted as stating:

“We discourage activities in cryptos both by consumers and professional license holders. By virtue of its newness and the anonymity it potentially offers, it is very prone to abuse. Given its inability to serve the promised purpose as a currency, we don’t regard it to be an asset class.”

As per Dijkstra, the company was hedging its trades of crypto notes with futures contracts managed by CME Group Inc. and Cboe Global Markets Inc. He claimed that the new approach has “big spillover benefits” for Flow Traders NV’s developing foreign-exchange trading business.

According to Bloomberg, in the first quarter of 2018 Flow Traders NV traded €244 billion ($284 billion) of exchange traded funds (ETFs) globally, including €143 billion ($167 billion) in Europe, making the company the largest trader of the securities in the region.

The AFM raised “doubts” toward cryptocurrency investments in the middle of June by sending a letter to market participants who are looking to offer crypto investment opportunities. The regulator said that related “risks” meant that such companies could fall short of any licensing obligations.

Conversely, in May the government released a report saying that cryptocurrencies present a low risk to financial stability in the country. The report predicts that crypto-related risks will increase with more participation from government financial institutions and stressed the need for balanced financial regulation.