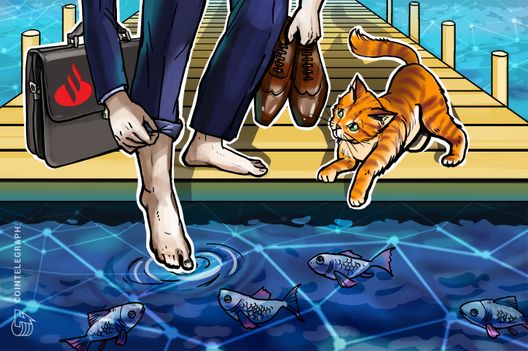 Santander is eyeing blockchain for updating securities handling with the creation of a dedicated research team.

Spain-based Banco Santander has announced the creation of a blockchain research team to look into the technology’s potential to change securities trading, according to a July 11 press release.

The “Digital Investment Banking” team, headed by current leader of Santander’s blockchain lab John Whelan, will “explor[e] the use of tokenized securities in debt capital markets, derivatives and other products.”

The global bank has followed its own route to blockchain integration since dropping out of distributed ledger tech (DLT) consortiums R3’s beleaguered DLT project in 2016.

José M. Linares, Santander’s senior executive vice-president and global head of Santander Corporate & Investment Banking, noted in the press release that the “wave of digitalization (sic) that is occurring in the financial industry is accelerating:”

“Our clients expect this to result in better solutions, lower costs and new categories of products and services that enable them to access capital markets more efficiently than ever before.”

While various banking sector sources voice concerns about the potential of blockchain in the industry this month, Santander remains committed to leveraging the technology.

In April, the bank piloted its blockchain-based remittance service in partnership with Ripple, and in mid-May, Santander successfully completed its first blockchain investor voting pilot.