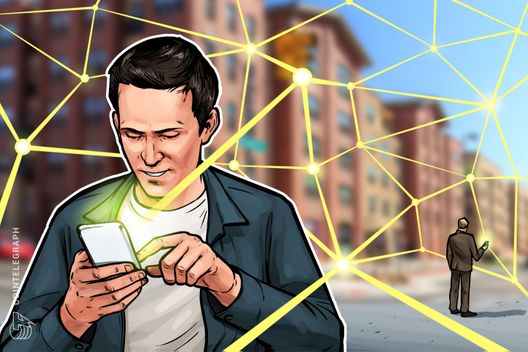 Swiss-based company Sirin Labs has announced the November release of its blockchain-based smartphone.

Sirin Labs, a Swiss-based smartphone developer, will release a blockchain-based phone in November this year, the company told Cointelegraph on July 11.

In December 2017, Sirin Labs raised $157.8 million for the project during their Initial Coin Offering (ICO), with $110 million gathered over the first 24 hours.

Sirin Labs had also previously released a privacy-focused smartphone in 2016, with a market price of $16,000. The new blockchain-based phone, called Finney, is scheduled to go to market with an expected price of $1,000, Sirin Labs told Cointelegraph.

Based on the Android system, Finney will run on SIRIN OS and include a cold storage crypto wallet, a Token Conversion Service (TCS), and a multi-blockchain decentralized applications (DApp) store. The phone will be manufactured and developed at the Taiwan-based Foxconn Technology group, a major manufacturer of products from Apple, Google, Cisco, Huawei, and Amazon.

According to Nimrod May, the Chief Marketing Officer of Sirin Labs, Finney will be run on a multi-layer cybersecurity suite that will prevent users from “for example, [connecting] to a rogue network.”

May told Cointelegraph that the company intends to open their own shops worldwide, with locations in Japan, the US, and the UK. He also noted that Sirin Labs has plans to launch its own personal computer based on blockchain technology as well, which is “going to be even less costly than the phone.”

Cointelegraph reported in April that Sirin Labs hopes to license their technology to other phone manufacturers. According to an unconfirmed source, China’s Huawei is seeking a license for the open-source operating system SIRIN OS in order to develop their own blockchain smartphone that will support DApps.

The Opera web browser also announced this week that they are releasing a beta version of their service for Android that would include a native crypto wallet.