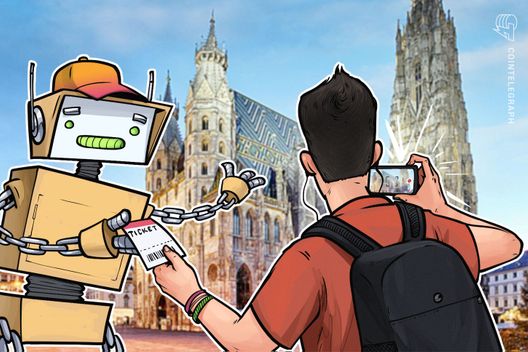 The travel arm of financial services giant American Express has filed a patent for a blockchain-based proof-of-payment system.

Financial services giant American Express (Amex) has filed a patent for a blockchain-based proof-of-payment system, according to filing published by the U.S. Patent and Trademark Office (USPTO) Thursday, July 12.

The patent’s applicant is listed as American Express Travel Related Services Co., Inc., Amex’s travel arm. The proposed system would automate proof-of-payments by encrypting payment payload data with a public key on an initial node of the blockchain –– the data in question comprising the merchant’s identifying information and the transaction amount.

According to the patent filing, the encrypted data could then securely be propagated to a second blockchain node. In one proposed embodiment of the system, the data could then be fetched by a connected smart device that would decrypt the payment payload data and match it with a second identifier, the customer.

In this way, the blockchain-secured system could enable smart devices to detect proof-of-payments and initiate actions to service paying customers:

“A payment processing entity (e.g., a credit card network, bank, debit, bitcoin, rewards points, or ACH) provides evidence of a payment in a tamper-proof manner by writing the proof of payment to a blockchain. A smart device connected to the blockchain may detect the proof of payment, and can extract relevant information. The information may be encrypted on the blockchain such that access is restricted to entities having the correct cryptographic keys. “

The patent then outlines various use cases for such a secured system, suggesting hotel reservations, real estate rental, and ticketless access to events and venues. All of the proposed use cases would potentially facilitated by customers’ uniquely identified smart devices that could retrieve and decrypt proof-of-payments stored on the blockchain.

In May, Cointelegraph reported on Amex’s announcement that it would be integrating Hyperledger into its Membership Rewards program. The initiative, in partnership with online merchant Boxed, would enable merchants to design customized offers for Amex cardholders in order to incentivize customer engagement.

Back in October 2017, American Express Travel Related Services Co., Inc., filed an earlier patent for a personalized rewards system that would also harness blockchain technology to incentivize its customers.