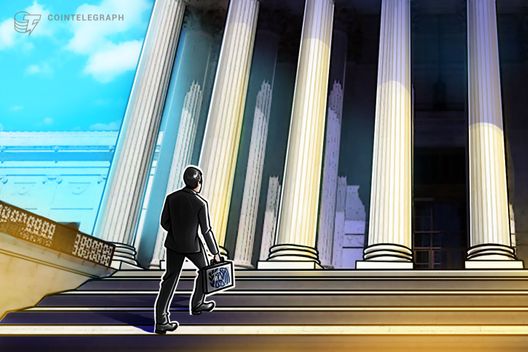 The J5 is using military and intelligence terminology to talk about its enforcement response.

In our Expert Takes, opinion leaders from inside and outside the crypto industry express their views, share their experience and give professional advice. Expert Takes cover everything from Blockchain technology and ICO funding to taxation, regulation, and cryptocurrency adoption by different sectors of the economy.

The views expressed here are the author’s own and do not necessarily represent the views of Cointelegraph.com

The IRS’s Swiss Bank enforcement efforts may be winding down, but not its push for global tax compliance.  Over the past decade, the IRS has brought in over $10 billion by “encouraging” U.S. taxpayers with undisclosed foreign bank accounts to, well, disclose those accounts.   Although the program will end this September, the IRS is now gearing up to focus on cryptocurrency as the next big compliance push.

The recently formed J5 may provide a preview of what’s to come.  The J5 stands for an alliance of Joint Chiefs of Global Tax Enforcement from the United States, U.K., Canada, Australia, and the Netherlands who have come together to work on information sharing, with cryptocurrency high on the agenda.

In its mission statement, the J5 notes that they will work with other countries where appropriate.  So much for the U.S. bucking multilateralism! When it comes to tax enforcement, it appears that the U.S. remains eager to work with foreign governments to improve its detection and enforcement capabilities.

Simon York, who is director of Fraud Investigation Service at HMRC in the U.K., said that cyber criminals have evolved, and what’s “changed is them using virtual currencies and the dark web.” In response the J5 promises to:

What does this mean in practice?  Again, a look back at the IRS’s Swiss Bank efforts may provide some clues.  To convince Americans with foreign accounts to come forward, the IRS used a mix of sticks and carrots, including the threat of prosecution and fines for those who tried to stay hidden, as well as the promise of leniency for those who entered one of the IRS’s voluntary disclosure programs.

But the key piece to the whole program was information gathering.  The IRS made foreign banks open their books and turn over U.S. account holders.  Once the IRS had this information, it wasn’t hard to convince taxpayers to come forward.

In addition, the J5’s mission statement may provide a preview of some other features of this coming enforcement push.  It’s interesting that the J5 appears to be grouping tax evasion together with “money laundering” and “cybercrime,” at least in the language it uses.  Even more striking is that the J5 is using military and intelligence terminology to talk about its enforcement response. It’s not atypical for the U.S. government to use military and intelligence tools to go after international criminals, for example large-scale drug and weapons smuggling rings.

But using military and intelligence tools to go after run-of-the-mill tax evasion involving cryptocurrencies?  That would be a new direction. And yet, it can’t be ruled out. The J5’s mission statement notes that it was formed “in response to the OECD’s call for countries to do more to tackle the enablers of tax crime.”  The IRS, and the other members of the J5 appear to be taking this call seriously, and it’s possible that cryptocurrency tax evasion will be dealt with even more aggressively than offshore accounts were in the IRS’s Swiss Bank efforts.

With this backdrop, tax compliance is essential, and it will likely not pay to assume the IRS won’t find out about an account or a wallet.  At the same time, in our democracy it’s important for enforcement agencies to be careful not to overstep their bounds. Civil liberty lawyers and libertarians among others will be certain to monitor this closely.   Using military and intelligence tools to combat offshore tax evasion may be overkill, especially when voluntary compliance efforts have proven to be so successful.