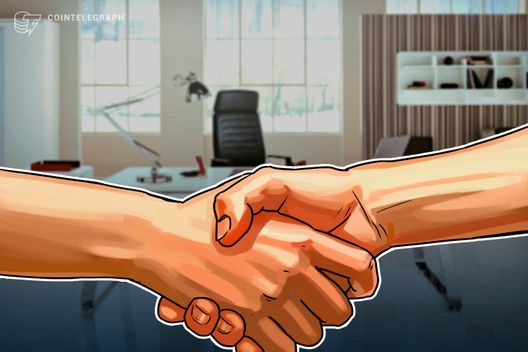 Cryptocurrency startup Tether Limited has appointed a former AML Quality Control Manager at the Bank of Montreal (BMO) to lead the company’s regulatory compliance efforts, according to an announcement published July 12.

The company behind cryptocurrency Tether (USDT) has hired Leonardo Real as Chief Compliance Officer. Real was previously responsible for establishing practices, policies, and procedures in accordance with regulatory requirements to improve the quality of Canadian BMO’s anti-money laundering (AML) investigations. Additionally, Real has experience dealing in stocks and futures trading. Real commented on the new appointment:

“I look forward to helping showcase Tether’s commitment to transparency and regulatory compliance within the blockchain and cryptocurrency space. As a longtime advocate of blockchain technology and the integration of cryptocurrencies into the mainstream, I am looking forward to putting my experience in AML and regulatory compliance in traditional financial institutions to use, to ensure that the Tether project can continue its work disrupting traditional industries.”

Tether was founded in 2014 as “the first” blockchain-powered platform which allows the tokenization of fiat-backed digital currencies. Last month, law firm Freeh Sporkin & Sullivan LLP conducted an unofficial audit of Tether’s accounts, where it was discovered that USDT did indeed have enough funds to back each token 1:1 with the U.S. dollar. The question of whether Tether could back all of its tokens with dollars was previously the subject of some criticism and controversy.

After the publication of a study conducted by analysts from the University of Texas, Tether fell under further suspicion for Bitcoin (BTC) price manipulation in 2017 when the BTC price surged to all-time highs around $20,000. The paper claims that “purchases with Tether are timed following market downturns and result in sizable increases in Bitcoin prices.”

Today an Australian cryptocurrency exchange bitcoin.com.au hired former consulting giant PricewaterhouseCoopers (PwC) executive Ben Ingram as its new CEO. Prior to joining the exchange, Ingram held the position of director in charge of digital strategy at “Big Four” auditor PwC. Ingram’s work at bitcoin.com.au will include both improving the exchange’s trading functionality and focusing on expanding crypto-based financial products into the traditional market space.