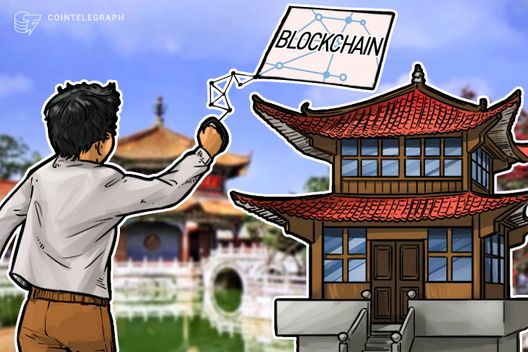 In China, the number of companies with the word blockchain in their name increased almost sixfold this year.

In China, the number of companies registered with the word “blockchain” in their names surged from January to July 16, 2018, surpassing last year’s number by nearly sixfold, the South China Morning Post (SCMP) reported July 16.

Citing figures from business and civil data aggregator Qixin.com, SCMP reported that the country currently hosts more than 4,000 blockchain-related companies. In the past six-and-a-half months, there were 3,078 firms with the word “qukualian” (the Chinese translation of blockchain) in their names, while last year there were 555.

In the past twelve months, 16,600 firms were set up with blockchain specified as part of their lines of business, while over 3,800 of them had registered capital of more than $1.5 million. Approximately 41 percent of startups that received funding in China in the first quarter of last year were blockchain-related.

SCMP reports that last year Chinese companies filed 225 blockchain-related patent applications, which is more than half of the world’s total. There are 817 companies in the U.S. and 335 in the U.K. with the word blockchain in their registered names.

Today, blockchain development received strong support from the deputy director of China’s Ministry of Industry and Information Technology, Xin Guobin, who urged the country to “unite” forces to foster blockchain as a “core” technology for the new digital economy. He said that the “important role” of blockchain should be “grasped from a strategic perspective.”

Last week, the head of the international department of the China Banking and Insurance Regulatory Commission, Fan Wenzhong, warned against “mythologizing” blockchain technology. Fan said that it is difficult to call blockchain a “revolution,” as the idea of multi-entry bookkeeping has been circulating for hundreds of years. Fan stated that “decentralization is not a new trend but a loop, because the earliest human transactions were without central authorities.”