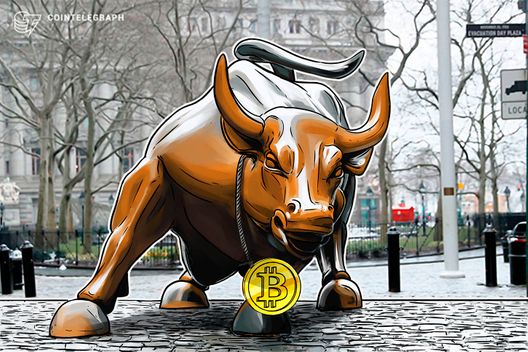 Arthur Hayes of BitMEX has countered hype surrounding this week’s Bitcoin price rise, warning the “worst” is still to come.

Arthur Hayes, CEO of crypto trading platform BitMEX, has suggested Bitcoin’s current bull run may give way to a price point of $5,000 before heading to $50,000 in 2018, CNBC reports July 19.

Commentators have been scrabbling for explanations since Wednesday, July 17, when Bitcoin’s price jumped from $6700 to $7500 in under an hour.

For Hayes, however, the behavior is all too familiar, siding with bearish short-term predictions from the likes of trading guru Tone Vays who previously forecast Bitcoin “bottoming” at around $4950.

According to Hayes, whose platform also regularly releases market analyses and research, despite this week’s price uptick being “a very strong rally on good volume,” the “worst” was yet to come for Bitcoin:

Speaking to CNBC about this week’s market, Hayes said that “many people probably entered a position around the same levels which is why we got a little pop there,” adding that “we definitely could see $8000 or $9000 and maybe just short of $10,000” before falling again to “test $5,000.”