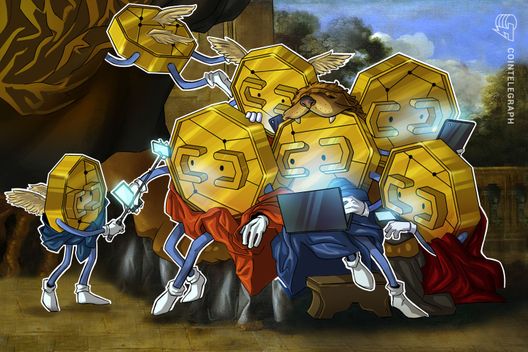 Coinbase announces, then denies, it has received regulatory approval to list tokens considered as securities, and Stellar becomes Sharia certified.

Major U.S. crypto exchange and wallet Coinbase has retracted their previous announcement that they had secured approval from U.S. regulators to list digital tokens considered to be securities. According to comments sent to Bloomberg, not only were the SEC and FINRA not involved in Coinbase’s purchase of Keystone —an acquisition intended to make Coinbase into a broker dealer —  the SEC’s approval is “not required” anyway.

Open source distributed payment platform Stella has reportedly become the first distributed ledger protocol to receive a Sharia compliance certification in the money transfer and asset tokenization fiend. With the Sharia certification, issued by the Central Bank of Bahrain-licensed Shariyah Review Bureau, Stellar will be able to operate in regions where financial services must comply with Islamic financing principles.

The parent company of Switzerland’s principal stock exchange, SIX Group, said this week that it would be open to offering crypto trading services on its digital trading platform. Speaking about the possibility of a crypto trading addition, a SIX Group spokesperson said that there is a “real need” for establishing “transparency and accountability in the crypto-world.” SIX’s digital trading platform, set to be launched by mid-2019, will offer services like ICO consulting for those not classified as securities.

The U.S. Congressional Subcommittee on Monetary Policy and Trade spoke about digital currencies this week in the context of both their domestic and global implementations, also exploring whether central banks should introduce their own digital currencies. Congressman Brad Sherman took an especially aggressive stance, stating that he thinks U.S. citizens should be banned outright from buying or mining cryptocurrencies. In a different House hearing, the main takeaway was that digital assets can shift their regulatory status at different stages. One legislator also noting that “Bitcoin is law enforcement’s best friend,” as it can be used for tracking illicit purchases on the blockchain.

San Francisco-based cryptocurrency exchange and wallet Coinbase has created its own political action committee (PAC), according to documents released this week. In the U.S., PACs operate by pooling campaign contributions from members with similar political goals, which they then donate to corresponding political campaigns. Coinbase’s move to form their own PAC could allow them to direct donations to politicians and campaigns that have a friendly stance to crypto and blockchain regulation. As of June 30, Coinbase has not raised any money through the PAC.

“We are working on some tokens now, utility tokens, potentially for the populist movement on a worldwide basis. But they have to be quality,”— Steve Bannon, co-founder of Breitbart News and former Chief Strategist for U.S. President Donald Trump’s administration

Japan has revamped its financial regulator, the Financial Services Agency, in order to make the various bureaus more suited to address new challenges in the financial sector. Starting this week, the newly established Strategy Development and Management Bureau, a replacement for the Inspection Bureau, will work on policies for addressing the crypto market, fintech, and money laundering. The Money and Market Bureau will also contribute by developing a legal framework for dealing with fintech sector growth.

The Chairman of the Russian State Duma Committee on Financial Markets, Anatoly Aksakov, said this week that cryptocurrency miners and holders will be regulated under the Internal Revenue Code. Russia’s upcoming digital financial assets bill is expected to be published during the Duma’s fall session. According to Aksakov, the bill won’t include separate taxation schemes for crypto owners, meaning that both mining and circulation of crypto will fall under the existing provisions of the Russian Tax Code.

The Supreme Court of India’s final hearing on the Reserve Bank of India’s (RBI) ban prohibiting banks from working with businesses or persons dealing in cryptocurrencies has been reportedly postponed from July 20 to September 11. Following the postponement, a RBI senior advocate urged the Supreme Court to regulate cryptocurrencies, noting that they increase the potential for illegal transactions.

Fortune’s “40 Under 40” annual ranking for the most powerful young disruptors in global business includes five crypto trail blazers this year. Ethereum co-founder Vitalik Buterin has made the list for the third time, and crypto wallet and exchange Coinbase’s Brian Armstrong appears as well for the second. Other crypto influencers that made the first for the first time include VKontakte and Telegram founder Pavel Durov — Telegram’s two ICOs for a native token held this year raised a total of $1.7 billion — and co-CEOs of brokerage app Robinhood, Vlad Teve and Baiji Bhatt, which includes a crypto trading platform.

Peter Gabriel, the former frontman of musical group Genesis, has invested an undisclosed amount in Provenance, a blockchain startup. Provenance aims to apply blockchain technology to supply chains to create more transparency in food transportation, and will use the funding from Gabriel to implement its blockchain-based application with over 1,000 food and beverage businesses by 2025.

GMO Internet Inc. has launched a new internet banking business that will leverage blockchain as a central part of its operations, along with artificial intelligence and Internet of Things. The project has reportedly been in development since July 2016 via the ‘GMO Aozora Net Bank,’ in which GMO Internet, GMO Financial Holdings and Aozora Bank are joint investors. The new internet banking business will be open to GMO’s corporate and retail clients.

EOS developer Block.one has secured investments from PayPal’s billionaire co-founder Peter Thiel, as well as crypto mining hardware firm Bitmain’s Jihan Wu. Other investors that participated in Block.one’s latest funding round, whose total has not yet been released, include hedge fund billionaires Louis Bacon of Moore Capital and Alan Howard of Brevan Howard. EOS is currently ranked fifth on CoinMarketCap, with a market cap of about $7.3 billion.

Nervos Network, a Chinese blockchain startup founded by a former researcher and developer of the Ethereum Foundation, has secured $28 million in funding from entities such as crypto hedge fund Polychain Capital and venture capital firm Sequoia China to develop its enterprise blockchain solutions. According to Nervos, the startup will use the capital to provide a hybrid solution combining a secure public blockchain and an application chain.

The Malta Stock Exchange (MSX) and digital asset exchange OKEx announced their collaboration this week for creating a new institutional grade security-tokens trading platform. The joint project, named OKMSX, aims to become a platform for digital asset exchanges with security expertise and client due diligence. MSX has also signed an agreement with Fifth Force, the operator of the Neufund platform that supports “any type of security or financial product to be issued as a token on blockchain creating Equity Token Offerings.”

Dublin-based consultancy firm Accenture has partnered with French multinational aerospace firm Thales Group in order to use blockchain to update aircraft supply chains. The blockchain solution, based on the Hyperledger Fabric, will work in tandem with Thales’ physically unclonable function tool to “track, trace and authenticate aircraft parts and materials.”

Boeing has partnered with SparkCognition, a Texas-based company that will work with the aviation giant on a platform to track unmanned air vehicles and allocate flight corridors. Boeing, which invested $32 billion in SparkCognition in last month’s funding round, will get “a standardized programming interface to support package delivery, industrial inspection and other commercial applications” as a byproduct of the partnership.

The crypto markets have stayed relatively in the green this week, with Bitcoin near $7,500 and Ethereum near $465. Total market cap is currently around $282 billion.

For more info on crypto prices, make sure to read Cointelegraph’s price analysis.

HashFlare, a cloud crypto mining services, announced this week it was shutting down its mining services and hardware on curren SHA-256 contracts due to difficulty generating revenue. According to HashFlare, payouts were lower than maitenence costs for 28 days in a row, leading to the decision to disable their mining services.

The State Bank of Vietnam has suspended the important of cryptocurrency mining hardware into the country. The decision follows an official request from the Ministry of Industry and Trade to temporarily ban imports of crypto mining machines — which reportedly had a volume of 15,600 units from 2017 to April 2018 — as they reportedly confuse the management of currency flows in Vietnam.

A study from the University of Pennsylvania Law School has shown that many ICOs did not provide protection against insider trading or stick to their whitepaper promises. According to the study, a “significant fraction” of issuers also kept centralized control through “previously undisclosed codd” in their governing structures.

Ken Griffin, the CEO and founder of the Citadel hedge fund, said in an interview this week that he still “stratch[es] his head” about Bitcoin.” According to Griffin, the cryptocurrency is just a “solution in search of a problem,” and “not a single” portfolio manager has ever told him that they should buy crypto.

A scheme to rent “Kodak-branded” Bitcoin miners to customers has been called off, with Kodak noting that the product was not actually a “Kodak brand licensed product.” Spotlite USA, a firm that license the Kodak brand for its own products, had marketed the KashMiner at Kodak’s official stand at a tech show in Las Vegas. The miners would be rented out with an up-front fee of $3,400 and would allegedly result in $375 per month over two years through mining. A Spotlite USA executive reported that the SEC nixed the plan, so the miners will instead be deployed in Iceland. 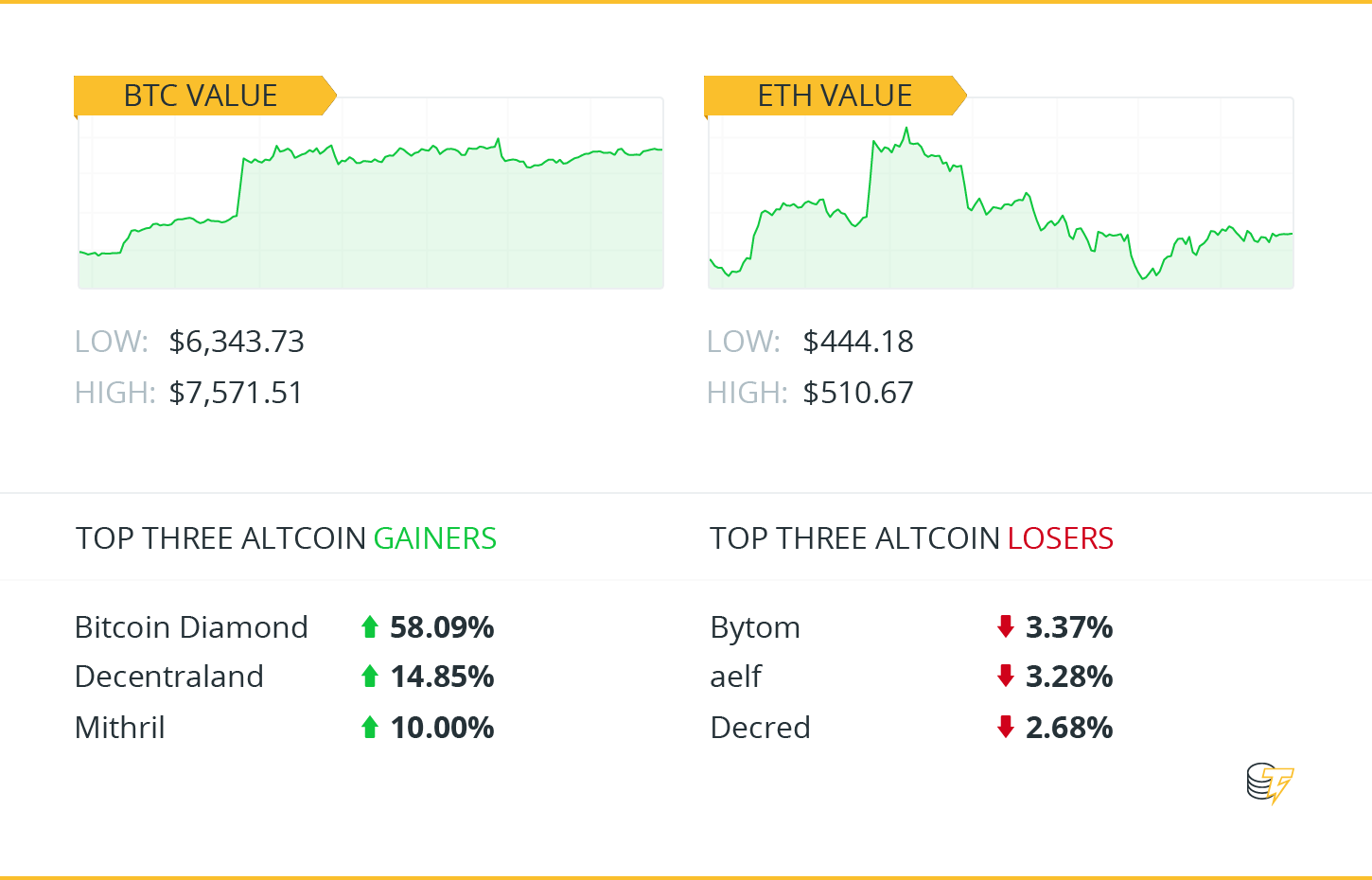 Marc Lasry, the co-founder of Avenue Capital Group, said this week that Bitcoin is going to hit $40,000, as the trading crypto is becoming easier and more mainstream. According to Lasry, Bitcoin is the cryptocurrency that “everybody is going to come to,” and investors could make five to ten times their money in the next three to five years.

Blockchain Is Helping Build A New Indian City, But It’s No Cure For Corruption

Quartz India delves into the outcomes of one Indian city using blockchain — albeit a private one — for documenting land registration. The city turned to distributed ledger technology to avoid the common manipulation of digital lands records by corrupt government authorities, but according to Quartz, even the move to an allegedly untamperable ledger has left some farmers uncertain as to what happens in the stage before the information is put on the blockchain.

Why You Can’t Trust Most Cryptocurrency Whitepapers

Wired goes into depth about how whitepapers “rarely” achieve Satoshi Nakamoto-level quality, and why the crypto community may need more traditional vetting structures-— something other than calling “the person they have beers with” reading a whitepaper a “peer review.” Although the solution isn’t as simply as directly copying the academic guidelines for papers, as the process takes an amount of time that could hinder innovation, one solution posed to investors is the possibility of hiring technical consultants to vet those whitepapers first.