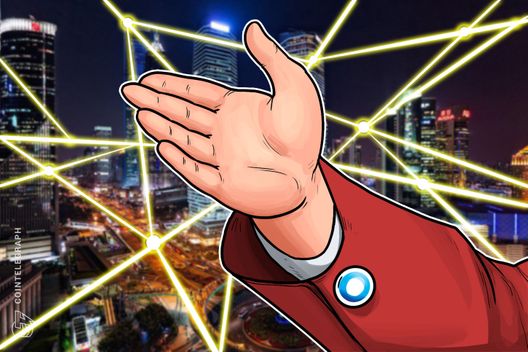 ConsenSys will help China build a “next generation smart city” in Xiongan by consulting on blockchain tech applications.

ConsenSys, a blockchain software technology company focusing on Ethereum (ETH) development, has confirmed they will advise the Xiongan government on blockchain and software solutions in order to establish it as a “next generation smart city [and] leading blockchain innovation hub,”according to the (MoU) signed in Beijing.

In April 2017, Chinese president Xi Jinping announced plans to build Xiongan as a special economic zone spanning three counties. The South China Morning Post reports that the urban development project will “redirect” around 6.7 million people and could bring in 2.4 trillion yuan ($348 billion) over the next decade, citing a 2017 estimate by Morgan Stanley.

According to the South China Morning Post, Xiongan’s local government has previously partnered with Chinese tech firms Tencent, Ant Financial, and Qihoo 360 for bringing blockchain use into the city. The partnership with ConsenSys is the “first known case” when Xiongan has brought in a foreign company for urban technological development, the South China Morning Post reports.

According to Joseph Lubin, the founder of ConsenSys and the co-founder of Ethereum (ETH), the company is “excited” by the chance to work in China:

“As one of our first major projects in the People’s Republic of China, we are excited to help define the many ‘use cases’ that could benefit from the trust infrastructure enabled by ethereum technology.”

Recently at the Rise conference in Hong Kong, Lubin had expressed his belief that the world was moving towards a system of “‘global villages’ where you can have decentralized governance.”

Chinese president Xi Jinping has ambitious plans for technological development in China. During the nineteenth annual conference at the Chinese Academy of Sciences in May, the president had called blockchain a “new generation” technology that is part of the “technological revolution.” More recently, in mid-July, two Chinese standards organization announced they would lead a research group for promoting the international standardization for the Internet of Things (IoT) and blockchain tech.