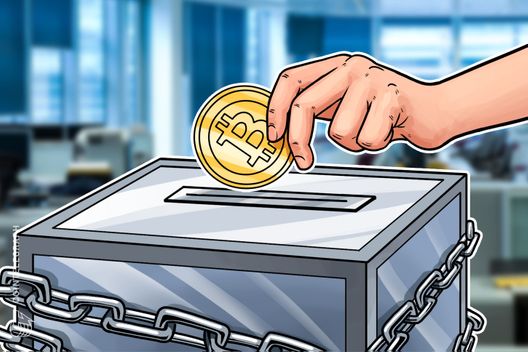 The Libertarian Party gubernatorial candidate for Wisconsin will accept BTC donations, even as the Ethics Commission deliberates on its legality.

Earlier this spring, the Wisconsin Libertarian Party had asked the State Ethics Commission to clarify whether the use of cryptocurrency for political contributions is legal. In May, the Commision had passed the matter to the Wisconsin Legislature, noting that “allowing cryptocurrency donations presents a serious challenge to the commission’s ability to ensure compliance with state law.”

Anderson, also the chairman of the state’s Libertarian Party, said that his decision to accept Bitcoin does not mean his party is “thumbing [their] noses at the [commission],” as he believes they are abiding by the law, according to the Milwaukee Journal Sentinel.

However, Anderson adds that he and the Libertarian Party will “push all the way back” if the Ethics Commission files a complaint, stating

“We will not allow the lack of appropriate interpretation of the current statute [to] affect the First Amendment rights of those who want to show support and contribute. I have no faith in the Assembly to handle this fairly nor expeditiously."

The Federal Election Commission’s (FEC) 2014 advisory opinion currently serves as the main reference point for crypto campaign donations, ruling that BTC is an “in-kind donation” — a form of contribution that provides goods and services, rather than the money to purchase those goods and services.

However, some state commissions have either ruled against crypto donations or wavered on the issue this year, as the FEC advisory opinion has fallen out of date due to crypto’s changing role since 2014 both in terms of its rising market cap and the increasing prevalence of altcoins beyond Bitcoin.

Cointelegraph reported in May that a Colorado initiative proposing that crypto campaigns donations would be capped the same as fiat ones, with anonymous contributions limited to $20, could serve as a precedent if passed.