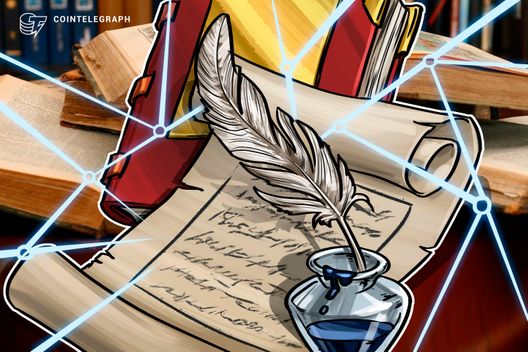 Two major Spanish public institutions have announced a research partnership into using blockchain for copyright management in the digital era.

The Spanish Society of Authors and Publishers (SGAE) and the Madrid School of Telecommunications Engineering (ETSIT-UPM) announced July 26 a research partnership into implementing blockchain for copyright management in the digital era.

The two institutions have reportedly signed a one-year agreement to carry out collaborative research into building a digital processing platform for copyright management that would use blockchain alongside BigData, machine learning and artificial intelligence (AI). SGAE president José Miguel Fernández Sastrón outlined the partnership:

"The main lines of research will focus on disruptive technologies that address the challenges posed by the volume, diversity and dynamics of change in the use of content in the contemporary digital environment."

The platform will reportedly harness these technologies to help protect authors’ musical and audiovisual content in the internet in particular.

The one-year agreement has been signed through the Rogelio Segovia Foundation for the development of telecommunications (Fundetel), and has resulted in the creation of a new SGAE-ETSIT-UPM chair to oversee the joint initiative.

As Cointelegraph reported earlier this week, the government of the autonomous Spanish community of Catalonia has just revealed its own plans for blockchain tech implementation in “all areas” of its public administrative activities by December 2018.

Spain-headquartered Banco Santander has also this month announced the creation of a blockchain research team to look into the technology’s potential to innovate securities trading.