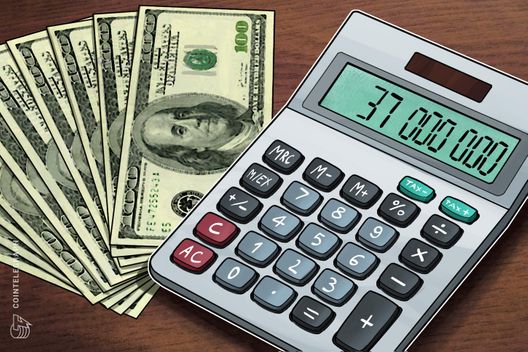 Twitter CEO Jack Dorsey’s payments service Square generated over $70 million in Bitcoin revenues in the first half of 2018, the company revealed in a quarterly report to the U.S. Securities and Exchange Commission (SEC) August 1.

Square, which began offering users the option to buy, sell, and store Bitcoin in its wallet late last year, saw $37 million in revenue from the cryptocurrency in Q2 2018, compared with $34 million for the previous quarter.

Total revenue for the company for Q2 2018 was $814 million, according to the report.

Square caused a stir in February when it rolled out Bitcoin buy and sell functionality to almost all users of its Square Cash app, with reactions suggesting clients had been waiting for the option for some time.

“We support Bitcoin because we see it as a long-term path towards greater financial access for all. This is a small step,” Dorsey tweeted at the time.

Since then, the company has worked on resolving regulatory hurdles in jurisdictions such as New York, acquiring a BitLicense in June to enable residents to transact with Bitcoin via the app.

At the same time, Dorsey’s bullish forecasts for Bitcoin have contrasted with the line taken by his flagship Twitter, which together with giants Facebook and Google moved to ban cryptocurrency advertising earlier this year.

Facebook and Google have now partially reversed the ban.

Actual profits from Bitcoin for Square meanwhile remain low, with costs totalling almost as much as revenue –– a situation which remains unchanged since Cointelegraph reported on it in May.