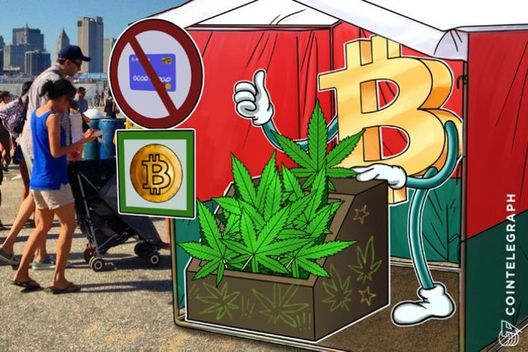 Cannabis culture media organization High Times Holding Corp. will accept cryptocurrencies in its Initial Public Offering (IPO), High Times reports Aug. 2. In doing so, it will reportedly be the “first traditional stock offering ever to accept investments” in cryptocurrencies.

The “preeminent source for cannabis information since 1974” will accept Bitcoin (BTC) and Ethereum (ETH) in an effort to cast a wider net in attracting investors to the company. High Times CEO Adam Levin said:

“While we didn’t believe that the ICO [Initial Coin Offering] process was the right move for our brand, it would’ve been foolish to leave this emerging investor base out as we continue to transform into a diversified media, events and merchandise giant.”

Ahead of the IPO, High Times has filed a Regulation A+ report with the U.S. Securities and Exchange Commission (SEC). The report details $29 million dollars of reduction of negative equity, debt reduction, and decreases in operating losses.

Following an SEC rule change in 2015, Regulation A+ allows startups and small companies to “use a ‘mini’ [IPO]” to attract customers to become potential investors. Under the regulation, small businesses can crowdsource up to $50 million from members of the public.

Previous to the rule change, private companies could only seek investment from accredited investors, who are often the smallest and wealthiest portion of the population. Investors will be able to purchase shares in High Times for $11, a price the organization claims is a 10 percent discount on the strike price when it becomes listed on the Nasdaq later this year.

Levin said that accepting crypto is part of the organization’s mission to be “at the forefront of popular culture… not only as one of the first cannabis-related brands to go public on the Nasdaq but also as the first to allow Bitcoin and Ethereum as part of our public capital raise.”

Cryptocurrencies have previously been regarded as a tonic to the U.S. cannabis industry’s banking woes. While state ballot initiatives have made marijuana usage legal in a number of states, federally backed banks refuse to offer services to cannabis businesses. While customers prefer to pay with cards, dispensaries are confined to only accepting cash, which also makes them a target for robbers.

Last year, the Dash network began implementing Dash as a payment option in the cannabis industry’s point of sale (POS) devices. In doing so, Dash reportedly aims to save the industry 10-15 percent, as the decreased flow of paper money will stymie the need for armored cars, cash boxes, safes, and guards.