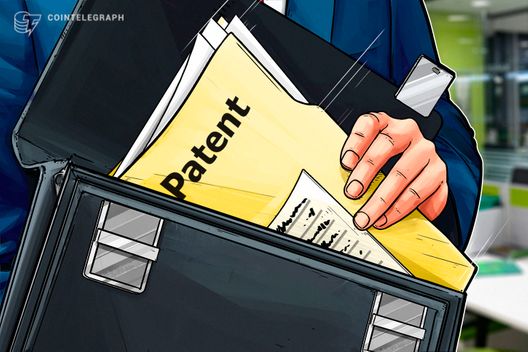 Japanese electronics giant Sony has filed two patents for boosting blockchain-based ecosystems, according to filings 20180218027 and 20180219686 published by the U.S. Patent and Trademarks Office (USPTO) Aug. 2.

Through the patents, Sony intends to improve the design and structure of blockchain hardware by introducing new circuitries to the processes of distributed ledger technology.

The first application, entitled “Electronic Node and Method for Maintaining a Distributed Ledger,” describes an electronic device for maintaining a blockchain based on multiple electronics nodes, including multiple blocks associated with at least one of the existing blocks.

The patent explains a scheme of adding new blocks on а distributed ledger in a compressed format, which contributes to the establishment of а competitive manner of nodes that perform mining process, implying that a smaller block produced by the node can achieve a bigger reward.

In the second patent “Device and System,” Sony proposes a way of maintaining a blockchain by multiple virtual nodes, suggesting a mechanism of accessing the distributed ledger via at least one of these nodes.

Founded in 1946, the Sony Corporation had previously paid tribute to the fast growing technology of blockchain; however, the latest patents are the company’s first introduction into a hardware system of distributed ledger.

In 2017, the multinational conglomerate filed a patent application for a blockchain-powered multi-factor authentication system (MFA), proposing a combination of two different distributed ledgers to conduct the login process.

Also in 2017, Sony partnered with tech giant IBM to develop an educational platform based on blockchain to provide secure sharing of student records.

Recently, U.S. retail giant Walmart applied for a patent on the management of smart appliances via blockchain, which would maintain the private keys in order to authorize a transaction. Earlier in July, Bank of America (BoA) filed a patent for a blockchain-powered system of data validation that offers tracking of sources of information by confirming resource transfers.