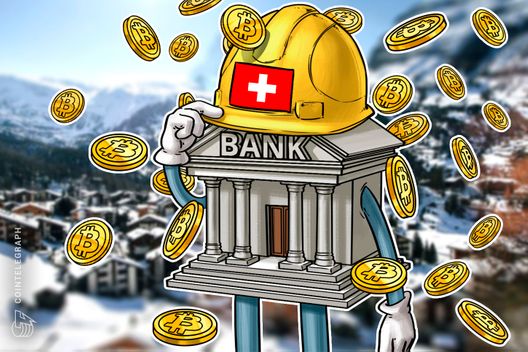 Bitcoin still has to grapple with volatility, scalability, and regulators before becoming a “legitimate asset class,” says Swiss bank UBS.

Swiss-based investment bank and financial services company the Union Bank of Switzerland (UBS) said that Bitcoin’s (BTC) scalability and volatility are still too high for the cryptocurrency to be used as “money,” CNBC reported August 2.

In a note to clients, UBS strategist Joni Teves claimed that until regulatory support is in place and technical hurdles are overcome, Bitcoin could not become a “legitimate asset class,” underlining,

“Bitcoin is still too unstable and limited to become a viable means of payment or a mainstream asset class. Owing to its lack of price stability, bitcoin falls short of criteria that need to be satisfied to be considered money.”

Bitcoin has enjoyed increasing attention from institutional investment sources as prices staged a comeback in July, with many expecting major steps forward in terms of adoption through the second half of the year.

Approval of a Bitcoin exchange-traded fund (ETF) from U.S. regulators is widely considered potential grounds for a seismic shift in sentiment, while global trading and techfirm Susquehanna this week told CNBC a major investment source interacting with Bitcoin would spark a similar watershed moment.

UBS has traditionally been highly bearish on cryptocurrency, in May opting not to offer any related products or services to clients.

Analyzing Bitcoin’s historical price data, Teves appeared to continue the vote of no confidence, noting that Bitcoin cannot “handle the volume of transactions processed by mechanisms being used in the real world.”

Earlier this week, UBS had claimed in a report that Bitcoin would need to trade at around $213,000 in order to replace the U.S. money supply. Cryptocurrency industry figures have meanwhile calculated a price of around $223,000 to convert the entire world’s fiat money supply to Bitcoin.