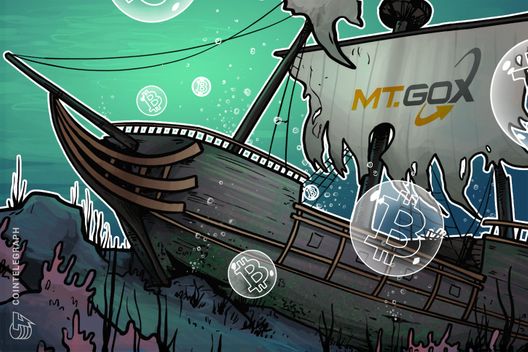 A group of Mt. Gox lawyers has recently updated the basic policies of their upcoming civil rehabilitation plan, scheduling the first repayment in May-June 2019.

Lawyers representing a group of creditors of the now-defunct Japanese Bitcoin (BTC) exchange Mt. Gox have recently updated their civil rehabilitation plan, according to a statement on the Mt. Gox creditors’ website Aug. 2.

In the announcement, the Mt. Gox creditors stated they had revised the basic policy for the rehabilitation plan as of August 1, 2018, in compliance with comments on the previous version of the policy, including from a group of Mt. Gox Legal creditors.

The update confirmed that repayments will be made in Bitcoin and Bitcoin Cash (BCH), adding that creditors will be paid back to their existing accounts on crypto exchanges or on newly opened accounts as preferable by the creditors. The announcement adds,

"We think it desirable that the BTC and BCH be sent to exchanges in which many creditors have accounts or can open accounts easily."

The revised Mt. Gox policy also suggested additional reimbursement in “remaining cash,” since the defunct crypto exchange “holds a lot of cash through the sales of BTC and BCH” that should be paid to BTC creditors “after the repayment to the monetary creditors.”

The updated rehabilitation plan also touched on the question of repayment in altcoins. The addition to the policy states that the reimbursement of BTC creditors in altcoins is “unrealistic,” citing the differing selections of coins listed on crypto exchanges.

Moreover, the Mt. Gox lawyers stated that the sale of altcoins by a trustee could cause a price drop among altcoins, underlining,

In the statement, the lawyers mentioned that the trustee will pay 160,000 in BTC and 168,000 in BCH as well as “other derivatives currently held by Mt. Gox” at the time of the first payment, which is scheduled for May or June of 2019, shortly after approval of the rehab plan.

Mt. Gox also outlined the deadline for submitting a civil rehabilitation plan on February 14, 2019, noting that the date is “several months behind the standard schedule.”

The defunct Bitcoin exchange officially launched civil rehabilitation proceedings in June 2018, four years after Mt. Gox suffered a $473 million worth hack back in 2014. The hack is the second largest in history in terms of the amount stolen from a crypto exchange, giving first place to this year’s $534 million hack of Japanese crypto exchange Coincheck.