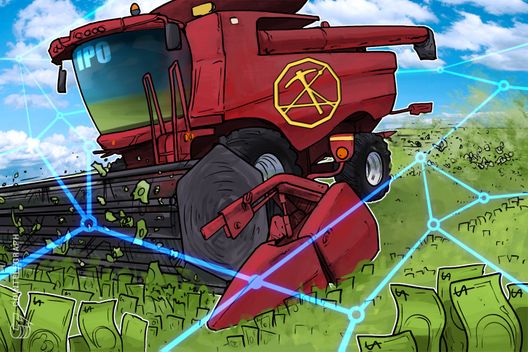 Argo Blockchain, which enables users to mine crypto from home, is reportedly the first crypto-related company to be listed on the LSE.

Mining firm Argo Blockchain PLC has reportedly become the first crypto company to join the London Stock Exchange (LSE), raising around $32 million for a total valuation of about $61 million, The Telegraph reports August 3.

London-based Argo offers customers to the ability to mine four cryptocurrencies — Bitcoin Gold (BTG), Ethereum (ETH), Ethereum Classic (ETC), and Zcash — through their own computers or mobile devices for a monthly subscription fee. The service provides immediate access to the firm’s mining rigs and enables direct deposits of all mined coins to the users’ digital wallets.

According to an initial admission document from the LSE, a total of 156,250,000 ordinary shares that represent 53.2 percent of the firm’s issued share capital on admission have been placed at 16 pence per share, valuing Argo at a market capitalization of 47 million pounds (around $61 million).

The report notes that the company has raised 25 million pounds (around $32 million), with registered shareholders including Miton Capital, Henderson Global Investors, and Jupiter Asset Management, the Telegraph writes.

Jonathan Bixby, a co-founder of Argo, told The Telegraph that Argo’s mining subscription system was developed to “ take the pain and heartache out of participating in the biggest new technology breakthrough since the launch of the internet.”

Founded in late 2017, Argo aims to build an international data center management business for assisting in crypto mining as a service (MaaS), which would be available to anyone in the world, the company’s LSE document states.

The platform initially launched on June 11, 2018, and all of the subscription packages are currently sold out, according to Argo’s website. Argo’s initial admission notes that the company will be able to both add and remove cryptocurrencies from its offerings in the future.

And on Monday, unnamed sources revealed that crypto mining hardware giant Bitmain is reportedly planning to conduct an overseas initial private offering (IPO) “very soon,” after earning about $1 billion in net profit in the first quarter of 2018.