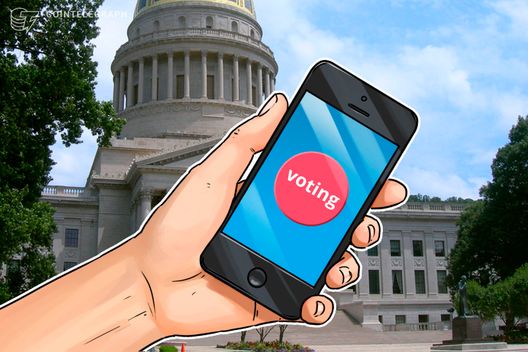 West Virginia military personnel serving abroad will have the option to vote on a blockchain-based mobile app in this fall’s midterm elections.

U.S. troops serving overseas will be able to use a smartphone app based on blockchain technology for casting federal election ballots in West Virginia this November, CNN reports August 6.

The mobile voting platform, Voatz, employes facial recognition software to ensure that each voter matches their government-issued identification. CNN notes that the West Virginia will limit the use of the mobile app mainly to troops currently abroad.

The West Virginia Secretary of State, Mac Warner, and Voatz, the Boston-based app developer, told CNN that they believe the app is secure after successful tests in two counties for the state’s spring primary elections. According to Warner’s office, “four audits of various components of the tool, including its cloud and blockchain infrastructure, revealed no problems.”

Michael L. Queen, Warner’s deputy chief of staff, told CNN that each West Virginia county will have the final decision on whether to use the app in the November elections, adding that troops will be allowed to cast paper ballots if they choose.

However, chief technologist at the Center for Democracy and Technology Joseph Lorenzo Hall told CNN that “mobile voting is a horrific idea,” and the president of the election integrity watchdog group Verified Voting, Marian K. Schneider, added that mobile voting could create “far more opportunities for hacking and meddling,” CNN notes.

West Virginia had previously piloted Voatz’s mobile blockchain voting platform in Harrison and Monongalia counties in the primary election this spring. The trial was limited to deployed military members, citizens eligible to vote absentee under the Uniformed and Overseas Citizens Absentee Voting Act, and their spouses and dependents.