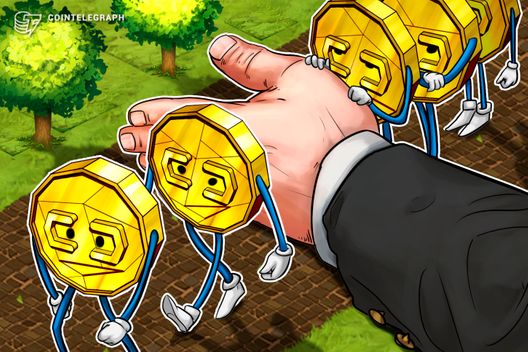 The Saudi government has warned the public that dealing with cryptocurrencies is prohibited in the country.

A governmental committee of the Kingdom of Saudi Arabia has warned the public that trading digital currencies is illegal in the country, according to an August 12 announcement by the Saudi Arabian Monetary Authority (SAMA). The warning was issued by the Standing Committee for Awareness on Dealing in Unauthorized Securities Activities in the Foreign Exchange Markets.

The standing committee was established by supreme decree headed by Capital Market Authority (CMA), and contains such ministries as the Ministry of Media, Ministry of Commerce and Investment, SAMA, and the Ministry of Interior.

According to the statement, digital currencies are not recognized by the government and no entities are licensed to deal with them. In the warning, the committee notes “high risks” and “negative consequences” associated with virtual currency trading, and urges the public not to fall for so called “get-rich schemes” as they imply “high regulatory, security, and market risks.” The statement does not mention the penalties for those found trading or dealing in cryptocurrencies.

Though Saudi Arabia does not recognize cryptocurrencies, the country has embraced the benefits of distributed ledger technology in various fields. Last month, the municipality of Riyadh entered into a partnership with IBM to jointly develop a strategy to streamline government services and transactions using blockchain technology. The move was made in order to improve the quality of municipal services for customers and integrate leading technologies into services as part of the Saudi Vision 2030 program.

The Saudi Vision program was originally introduced in 2016 by the Crown Prince Mohammad bin Salman and is devoted to the economic development and diversification of the country’s economy. In addition to prioritizing innovative technologies like blockchain, the program aims to develop such sectors as infrastructure, healthcare, tourism, education, as well as military spending and manufacturing.

In February, SAMA and Ripple announced an agreement to provide support for Ripple’s cross-border payments technology to banks in the Kingdom of Saudi Arabia. The two parties created a pilot program to support Saudi banks in using xCurrent, Ripple’s enterprise software solution that enables banks to instantly settle international payments with end-to-end tracking.