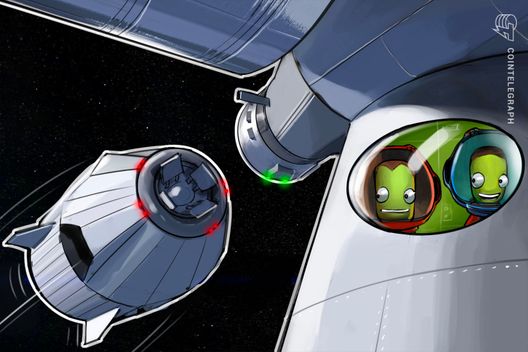 Barbados-based fintech firm Bitt Inc. has signed an MOU with the central bank of Curaçao and Sint Maarten to research a central bank digital currency.

Barbados-based fintech startup Bitt Inc. has signed a Memorandum of Understanding (MOU) with the Central Bank of Curaçao and Sint Maarten (CBCS) to research the possibility of issuing a digital guilder, according to an August 12 press release.

The parties signed the MOU in order to develop a central bank digital currency to facilitate financial payments within the monetary union of Curaçao and Sint Maarten. Per the announcement, the bank is looking to “reduce the level of cash usage within the monetary union” and facilitate “more secure, more Anti-Money Laundering (AML) and Know Your Customer (KYC) compliant” transactions between the islands. Rawdon Adams, CEO of Bitt Inc, commented on the collaboration:

“The MOU clears the way for collaboration and information sharing regarding a feasibility study, designed to determine the viability and functionality of using a central bank-issued digital guilder within the financial ecosystems of each member, and across both members of the monetary union.”

Adams further explained that printing fiat money by a central bank and distributing it between the two member states is costly and challenging. Conversely, digital currency can be used on mobile wallets and makes it easier to make transactions and payments in the monetary union in a more secure way. Leila Matroos-Lasten, acting President of the CBCS said:

“The CBCS herewith recognizes the transformative potential of innovation and technology and is committed to exploring solutions regarding efficiency of cross-jurisdictional transactions and digital payments whilst ensuring compliance and security assurances obtained by these state of the art (fintech) solutions. This would be beneficial to everyone.”

In 2017, Bitt Inc. appointed Rawdon Adams, the son of the prime minister of Barbados between 1976 and 1985, as its new CEO. The hiring was viewed as part of the firm’s strategy to add weight to its plans in the region. That year the company partnered with the central bank of Barbados for the advancement of pilot blockchain projects.

Bitt Inc. is a fintech portfolio company of Medici Ventures, a wholly owned subsidiary of Overstock.com, which was established to develop blockchain-powered solutions to “solve real-world problems.” Medici Ventures is the majority owner of tZERO company.

While the bank of the Dutch Caribbean regions demonstrates openness to issuing its own digital currency, the divisional director of the Dutch Central Bank, Petra Hielkem, said that due to the volatility of cryptocurrencies and the possibility for consumer risks, it cannot be considered money. She added that, while cryptocurrencies are not “real money,” the bank has no plans to ban them.

Recently, Iran announced its commitment to create its own state-issued cryptocurrency aiming to circumvent U.S. sanctions, despite the fact that earlier the central bank banned domestic banks and other financial establishments from dealing with crypto, citing money-laundering concerns.